A spoke with Ernie earlier in the day and he told me about his fire-ravaged Alexander game, one of his father's favorites. 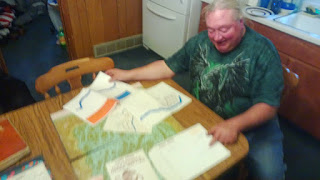 Of the two copies he had, one was completely destroyed by the fire and the other, pictured here, had a great deal of damage. 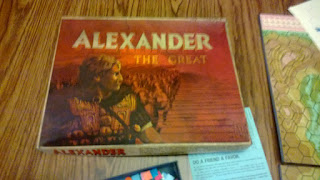 The box is in particularly bad shape. 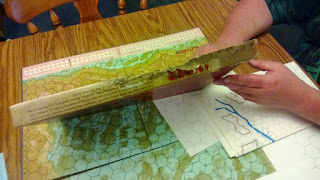 Within was an envelope with some of his father's original rules, though additional correspondence was destroyed with the other box. 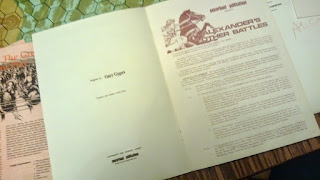 The tables still smelled of smoke. 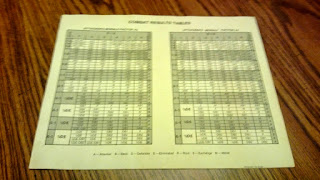 But were in decent shape along with the map boards and newer rules. 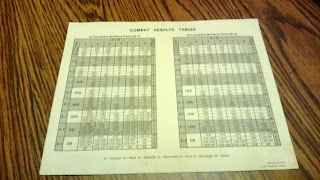 Also damaged by the fire but salvaged nonetheless was a copy of Moose Quest. 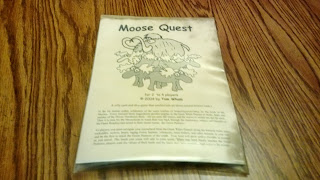 A fun game by Tom Wham though it is well beyond playable. 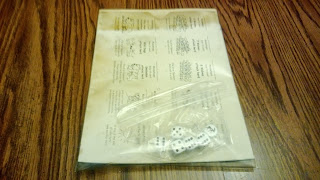 And Ernie's early copy of Castles & Crusades Collectors Edition Boxed Set was damaged (along with countless other games). 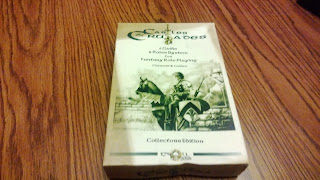 But, we decided it is a day for gaming so we broke out San Juan and toasted his father Gary for the many years of gaming he inspired in us. 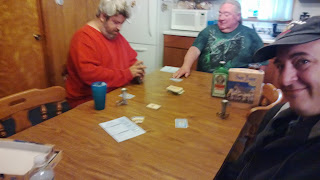 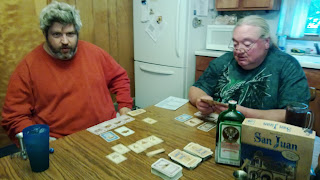