Recently, someone posted a pic of Robby the Robot on Facebook and someone else mentioned that one could be had on the Hammacher Schlemmer & Company website, so I went and searched by "Robot."  Among the many cleaning devices and toys were three that caught my eye in particular.  I start with the least expensive and work my way up.

First, for a mere $200, there was a smallish version of R2-D2, the less articulate of the Star Wars Droids.  Boasting an ability to obey 40 voice commands, the video showed only a few but convinced me it would be a fun way to drop some excess cash, for those who might have such squanderable currency.  See more of this one here! 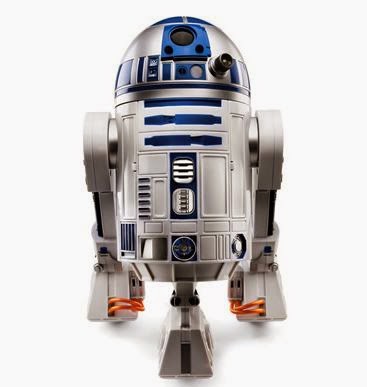 Second, costing a bit more at $17K, were the Bionic Bopper Cars.  Essentially, bumper cars with cages for passengers who control boxing robots, I was surprised to see these could carry a passenger weighing as much as 300 pounds.  For that price, you get a pair of them and with a sixteen square foot area, you can slug it out for up to five hours on a single charge.  See more of the details here! 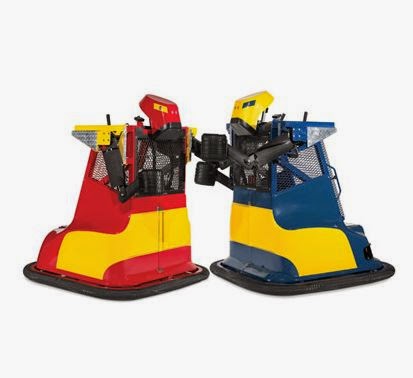 Third, is the one I had originally gone to see, Robby the Robot!  Shell out $32K, it's described as "Standing 7' tall, Robby is created from the same blueprints, molds, and templates used to create the original movie-prop costume. Crafted by renowned artist Fred Barton, the man commissioned to restore the original robot after its sale to a Southern California prop museum in 1970."  Read more here! 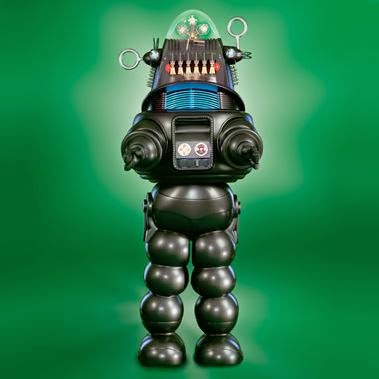