On a recent trip to South Carolina, after checking out the early show of Snow White and the Huntsman (which I detail more closely on the Grymvald corner of the CMG Blog Triad), I popped into the Books-A-Million in Murrells Inlet to see how extensive the games' section might be.  I was actually surprised that they had a full four shelves of many RPG books among other stuff.  I had asked if there were any roleplaying game books and the clerk asked if I meant Dungeons & Dragons, to which I said, "Yes, please."  He guided me to the fantasy fiction section where they had a ton of the usual D&D novels.  So I clarified that I meant roleplaying game rules books, and he replied that he didn't think they had any but said if they did they'd be in the computer game section.  He took me there and here's some pics I snapped.  Obviously, he had much more than he realized. 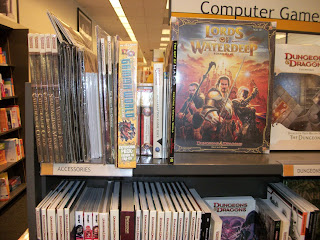 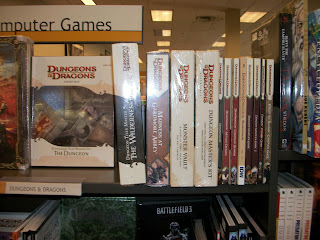 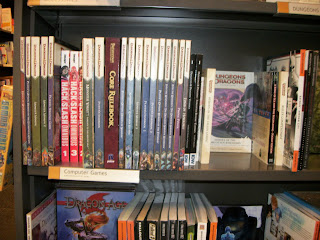 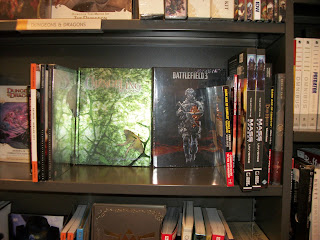 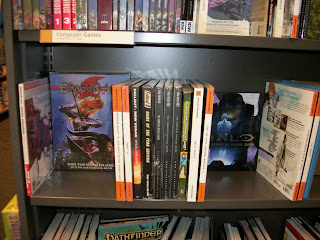 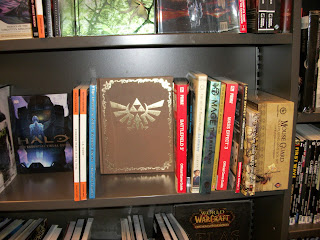 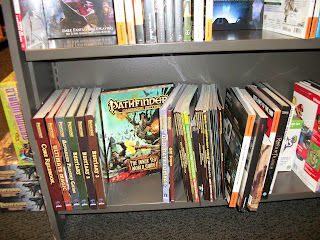 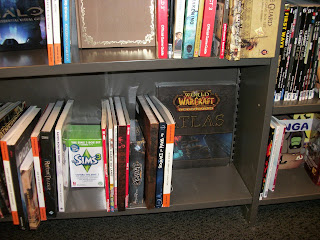