Over on geektyrant.com, "Schwarzenegger says Legend of Conan has 'Hideous and Unbelievable Things'" here. 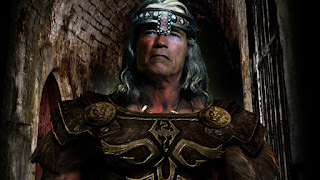 Also, on ENWorld.org, in the Media Lounge, Hand of Evil has been putting together post-weekend reports for the forum for many years.  It's details from elsewhere on "This Weekend at the Box Office" but the conversation that follows is from RPG Tabletop Gamers and often turns in that direction.  Join in this week here and watch for future discussions by bookmarking the forums.

Finally, on the ARES: live YouTube channel, we got a new look just this last week at the upcoming film, The Martian (2015).  The film takes place in the not-too-distant future and stars Matt Damon, Kate Mara, Jessica Chastain.  Also appearing are Sean Bean, Donald Glover, Jeff Daniels, Michael Peña , and Naomi Scott.  It opens later this week and I'm very excited to see it. 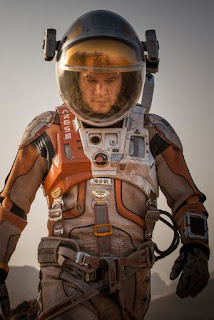