Brad, Tom, and I broke out the store copy of Lords of Waterdeep by WotC for a fast-passed game on Tuesday.  This is a game we return to time and time again with little difficulty jumping right in and keeping it moving.  There was very little intrigue this time around and it became a race from an early point in the game.  Three players don't tend to compete much for resource spaces and out Lords weren't too much at odds with one another.  Check it out on Board Game Geek here. 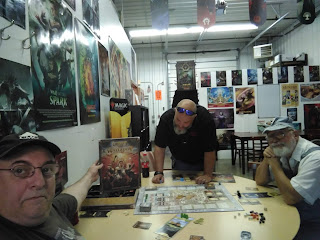 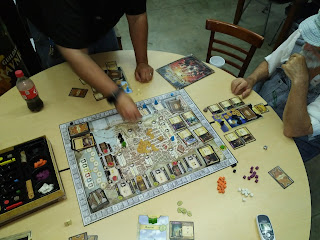