For those of you who are familiar with the Fighting Fire - Ernie Gygax Benefit Adventure, it may come as no surprise that the adventures of Ernesto, Lucor, and company do not end there.  In the sequel, "Cold, Cold Heart," after the fire and events that followed, Ernesto decides he is too vulnerable, so he makes some adjustments to "Phylacterial" magic to stash his heart in a box.  Unfortunately, it is stolen and some clues suggest it was carried off to the great North beyond the mountain pass.  Now the heroes must step up again to retrieve it.


The local print shop did a nice job putting the 48" x 80" Dave Graffam town map on a vinyl banner, durable and vibrant. 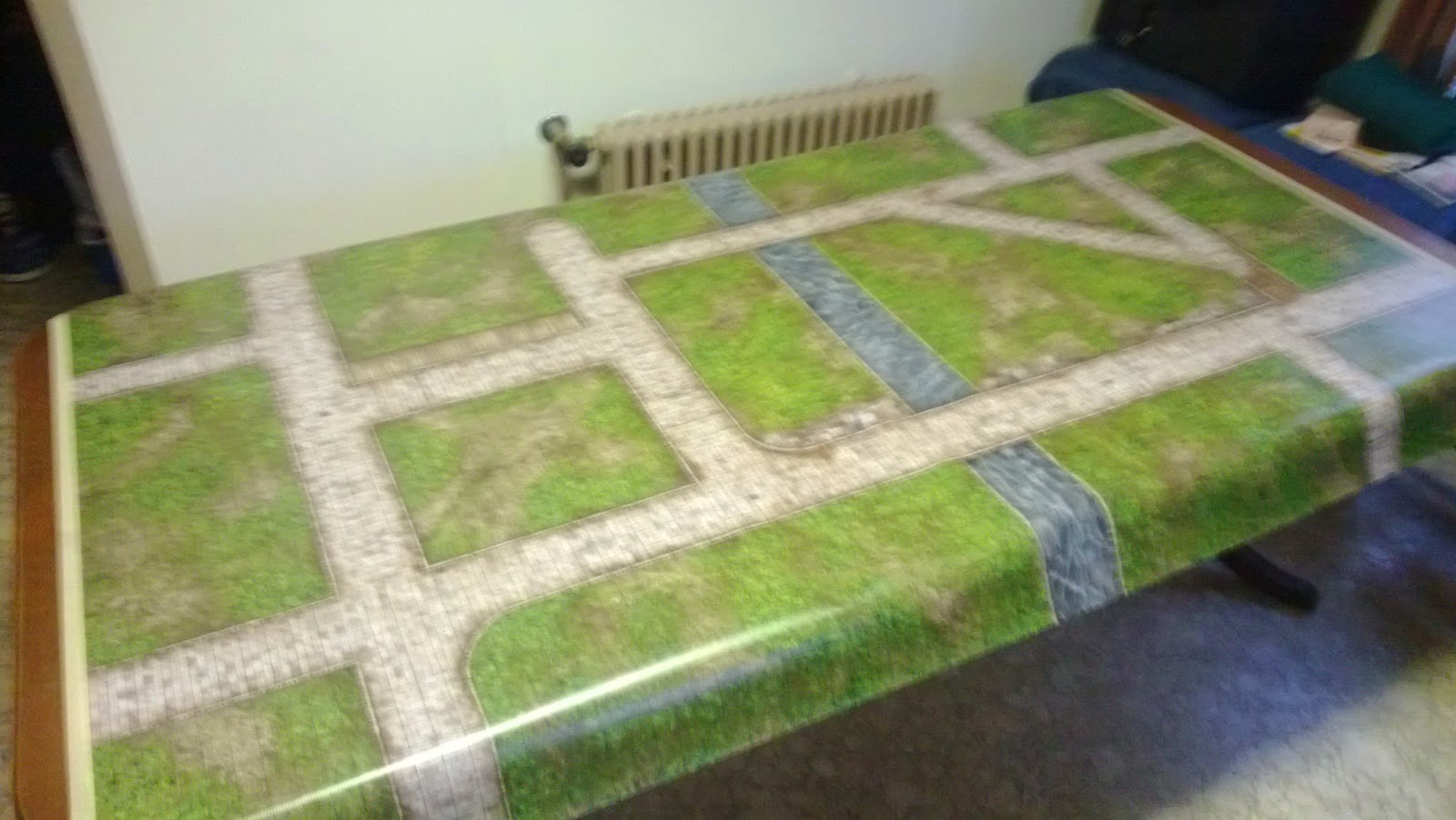 Dug out the castle I've had for some time to act as a keep at the abandoned outpost. 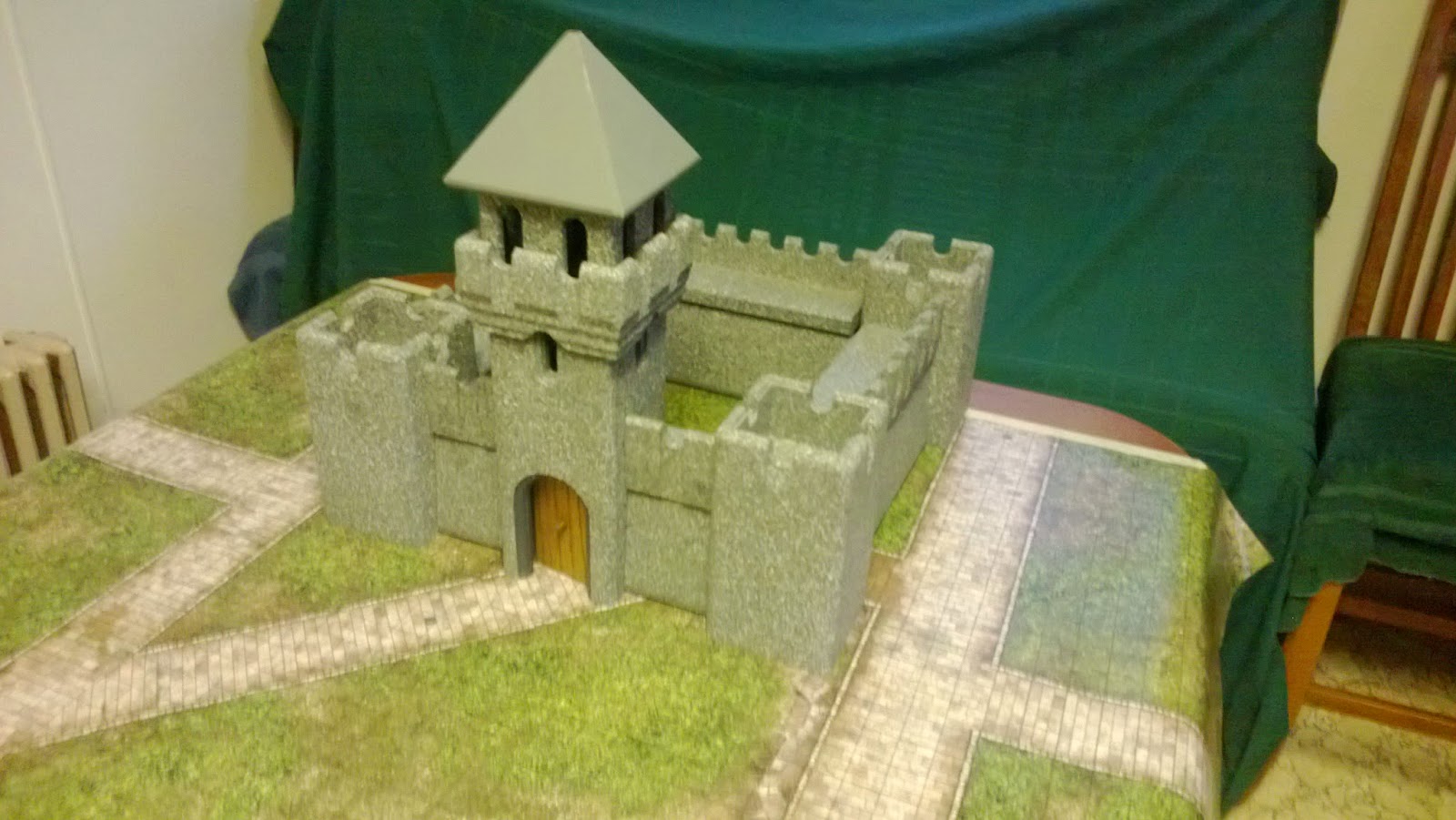 The keep is a good size and fit. 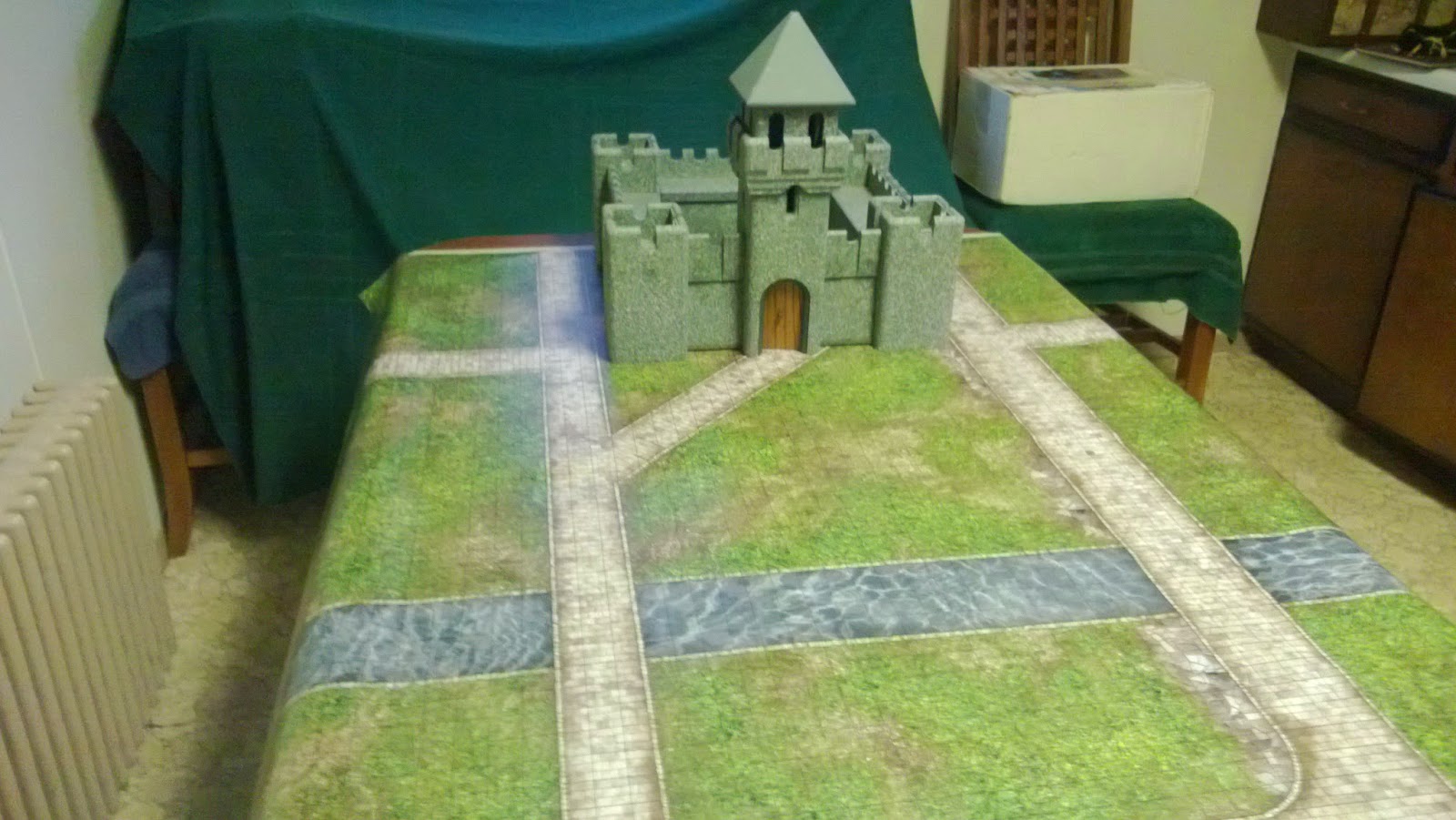 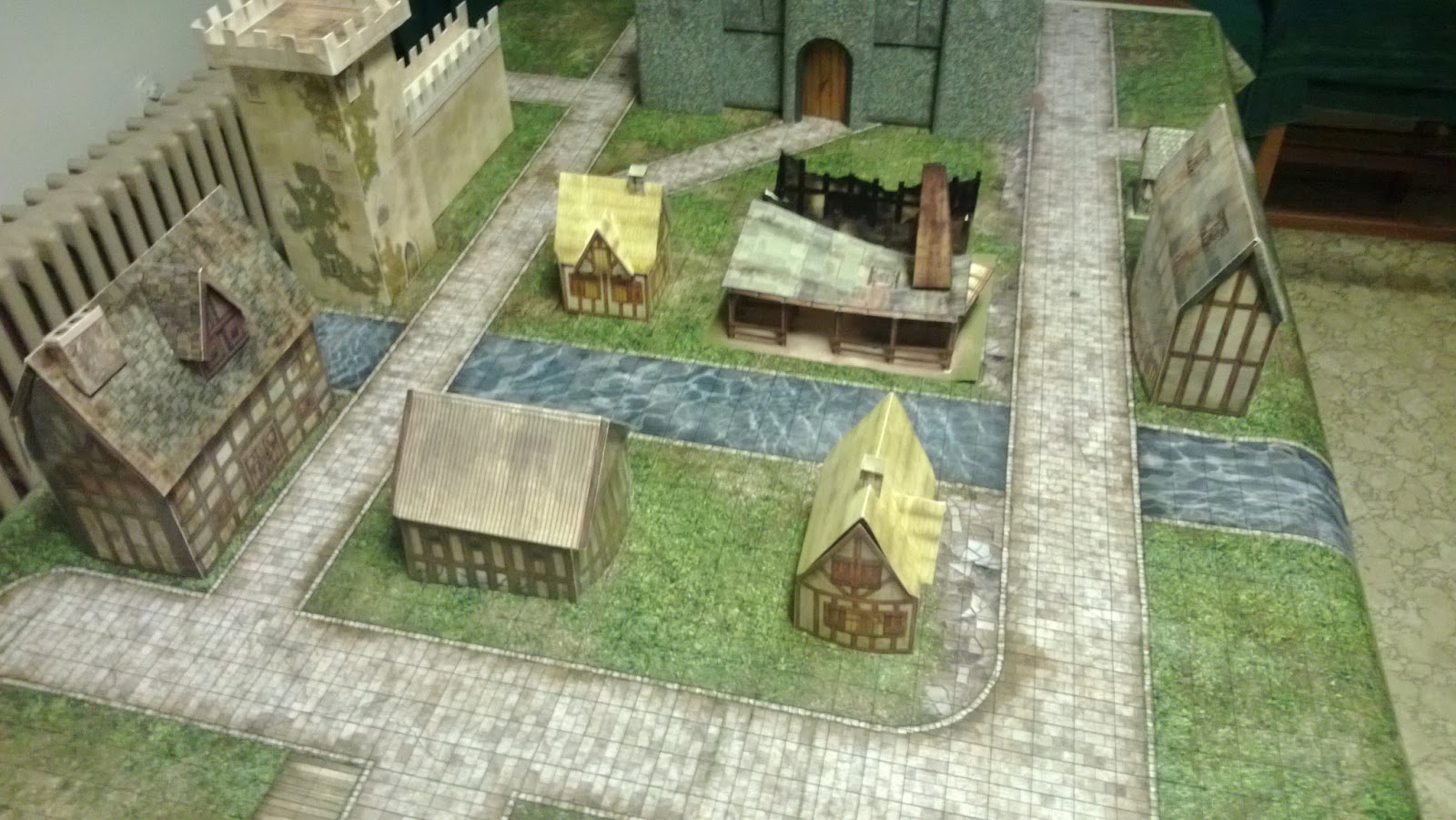 We had 13 players and myself GMing this event, including James M. Ward, Tom Wham, Scott Felton, and Ernest Gary Gygax Jr. 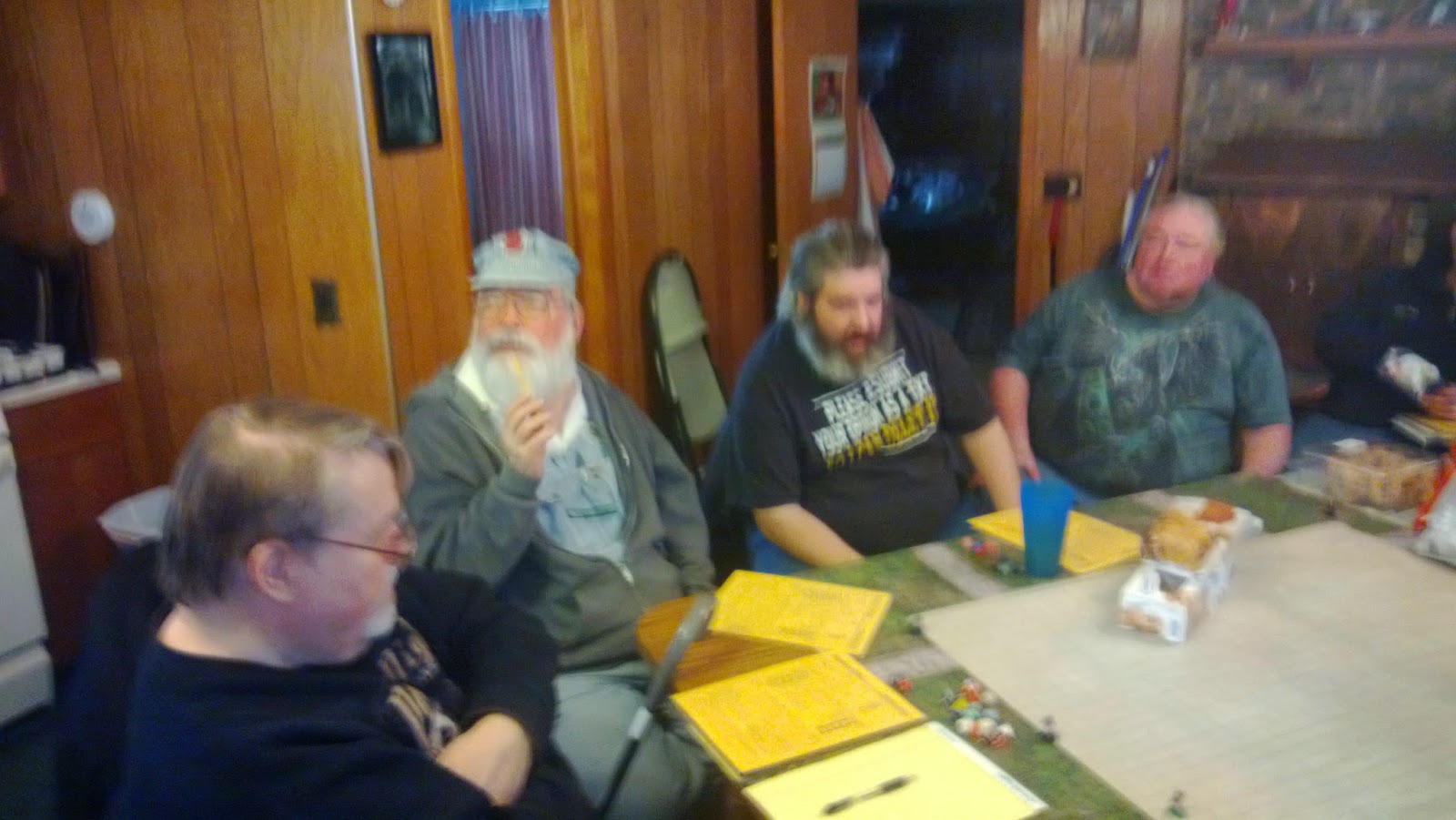 Brad Champeny was there as was Bob Bole, Keith Leahy. 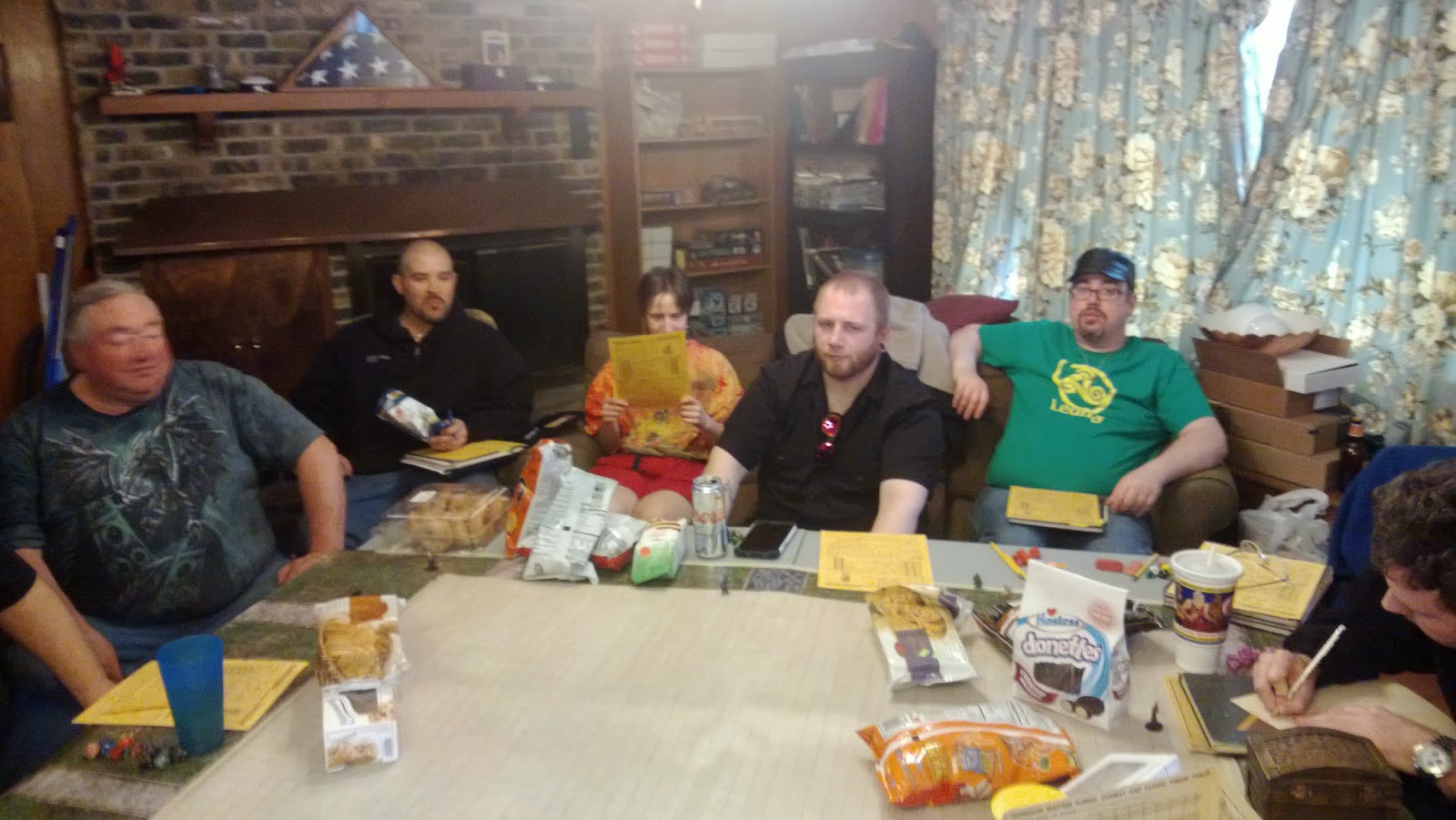 Benoist Poire joined us via Skype 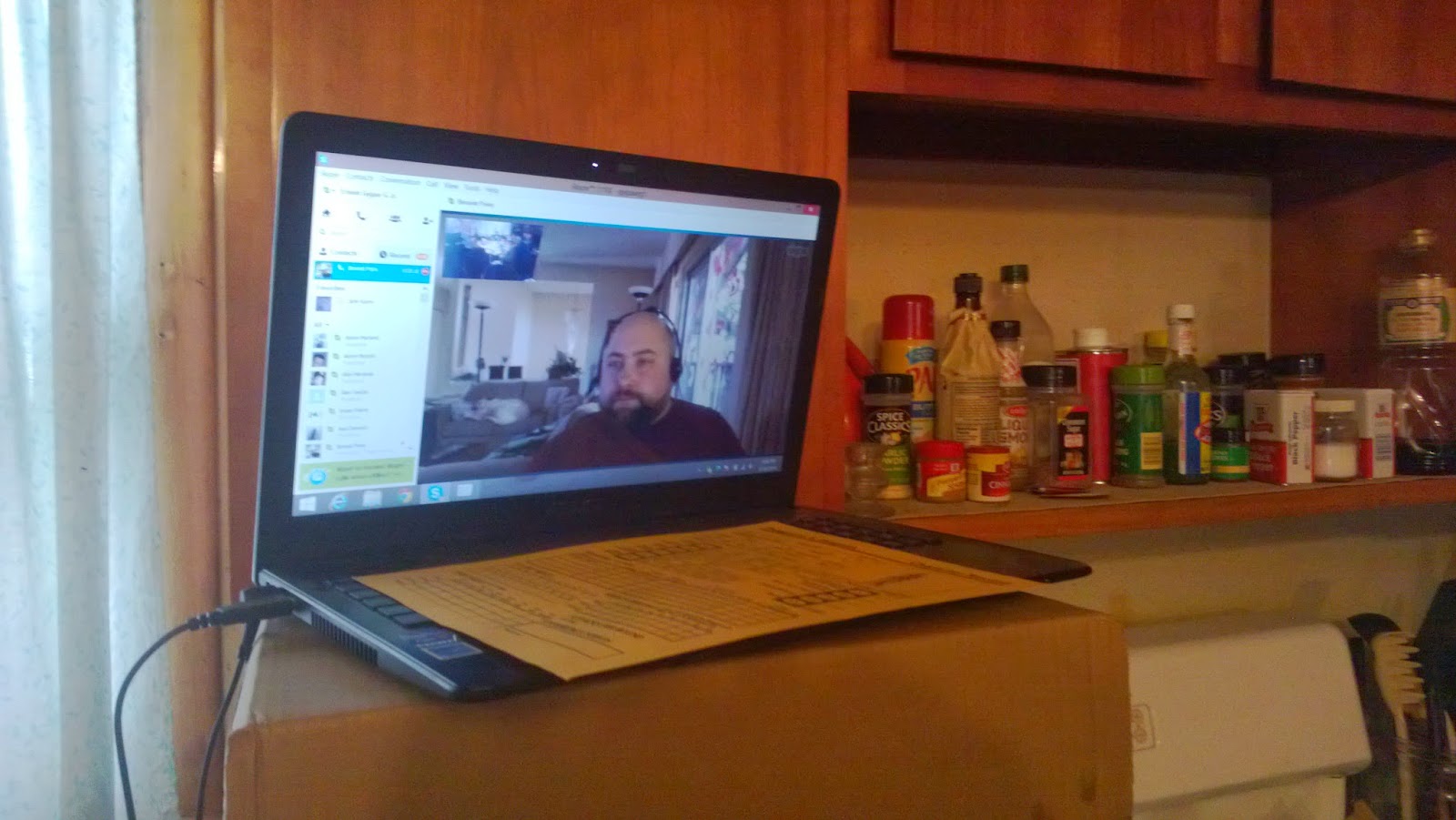 I was glad to get to run this prior to the convention. 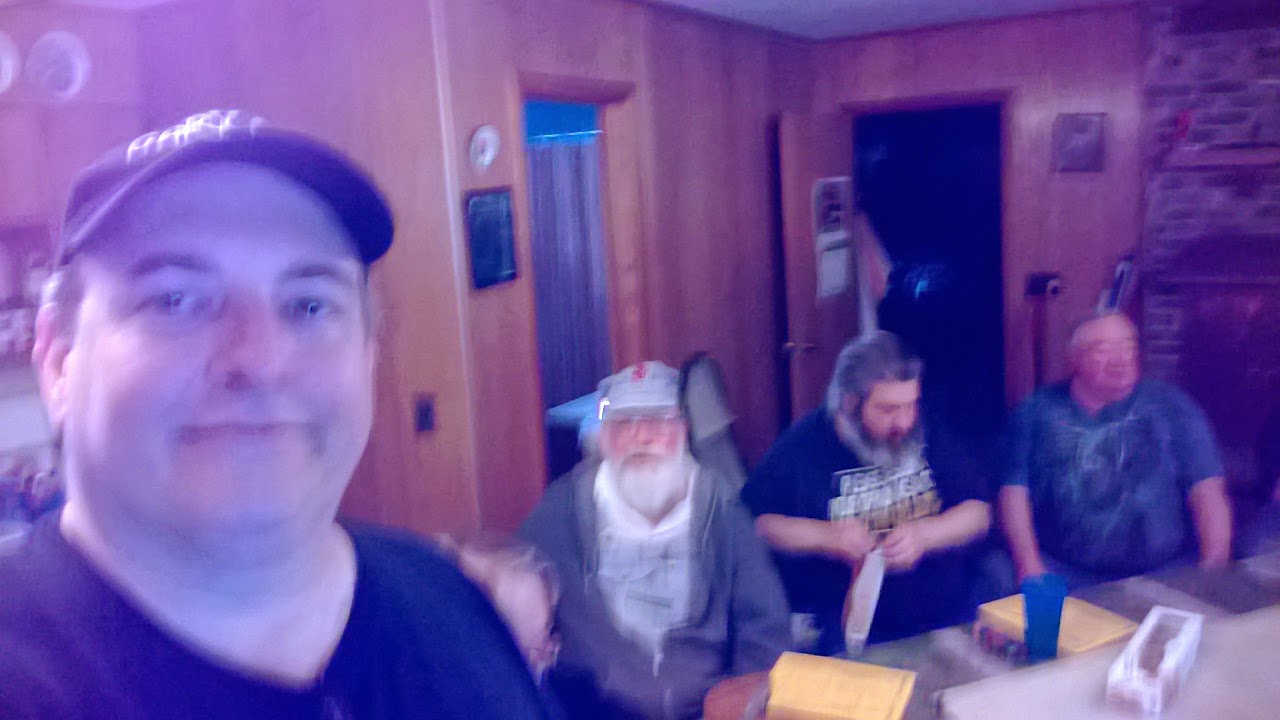 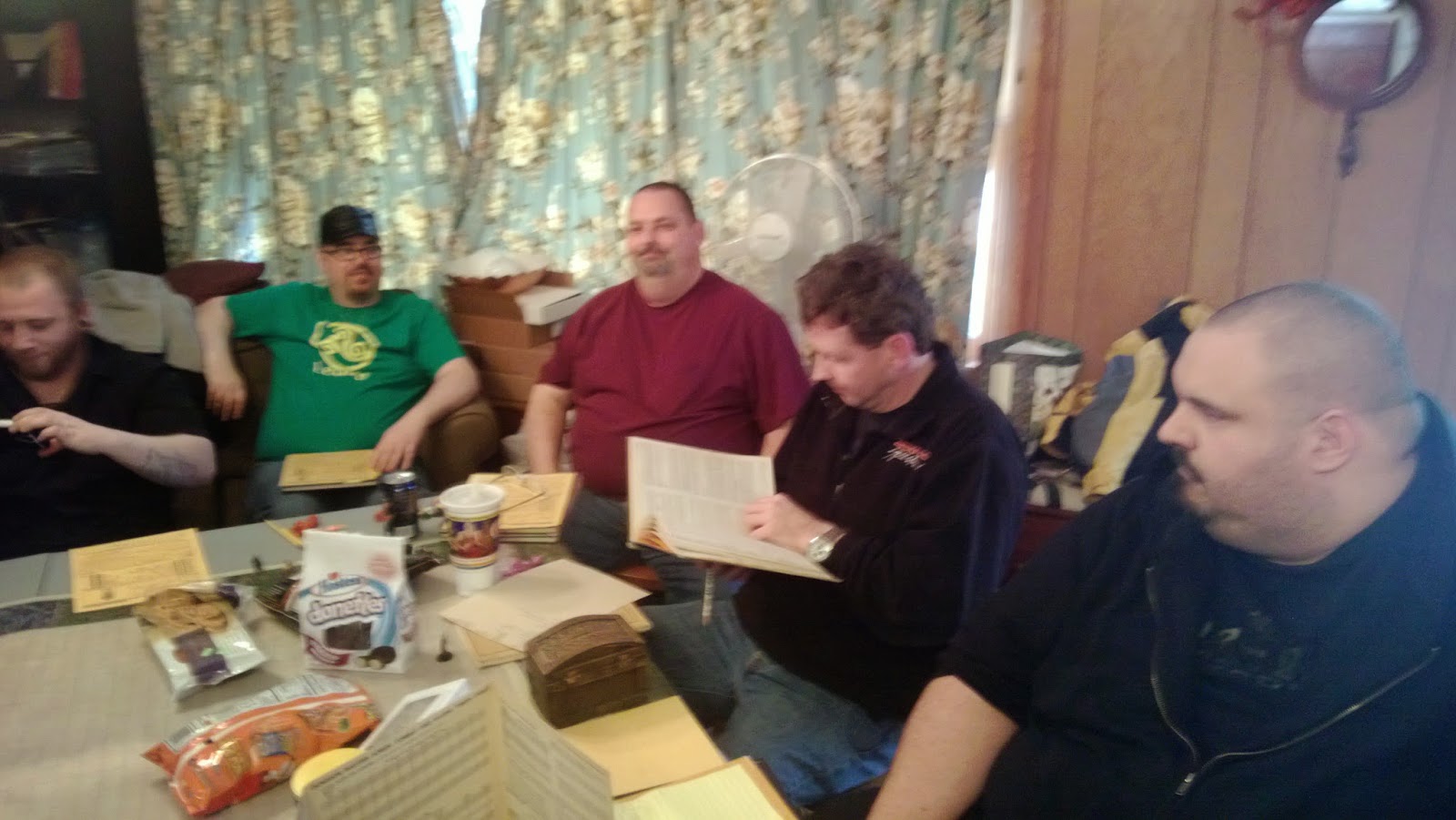 While crossing a mountain pass, an orc army with mammoths and howdahs attacked but were swiftly disrupted. 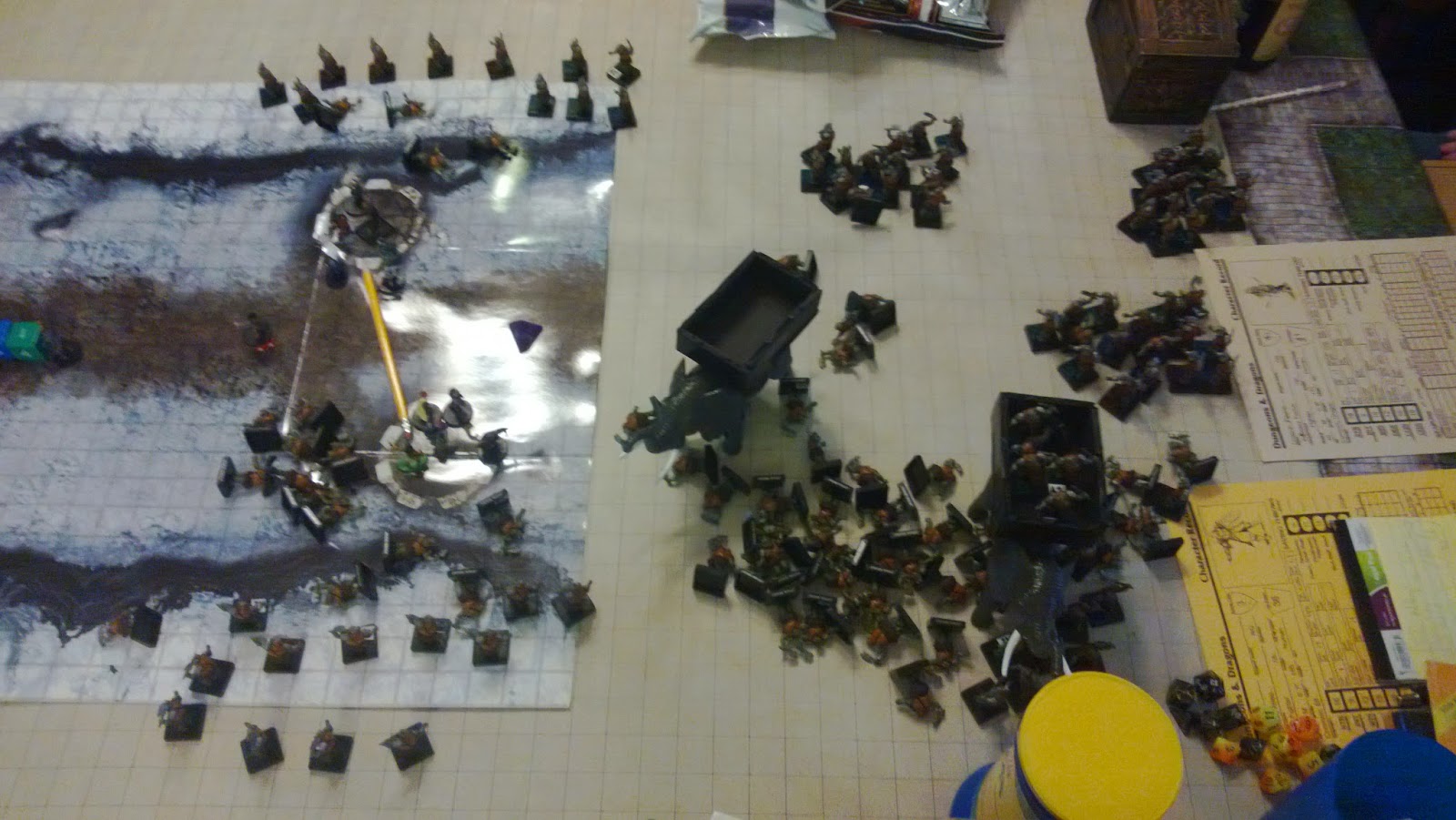 After an exchange of arrows, James plunked the mammoths with a couple lightning bolts and Ernie took out a bunch of orcs with a fireball, then it was soon over. 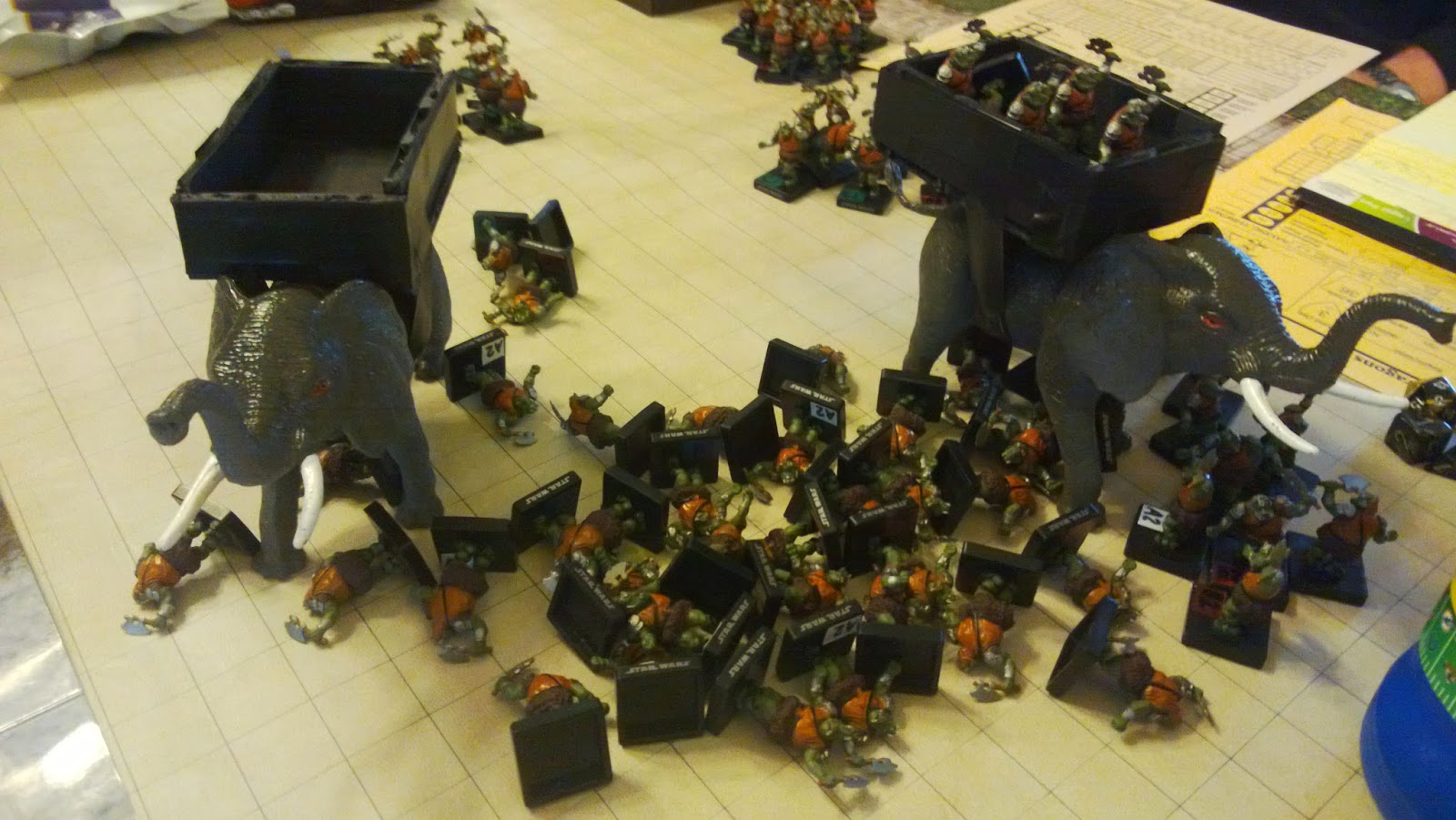 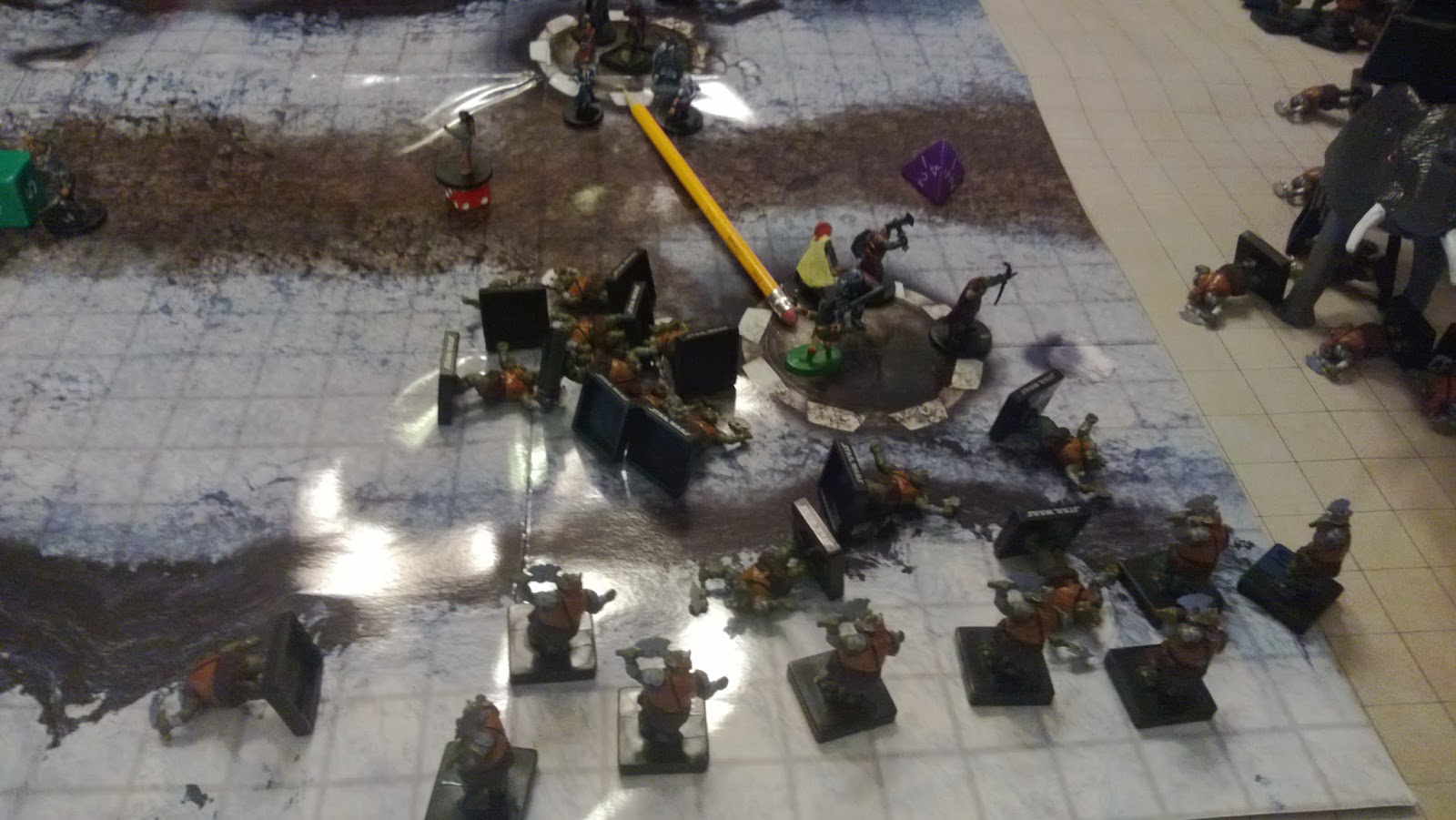 As they neared the outpost, they noted many orcs bodies strewn about the place. 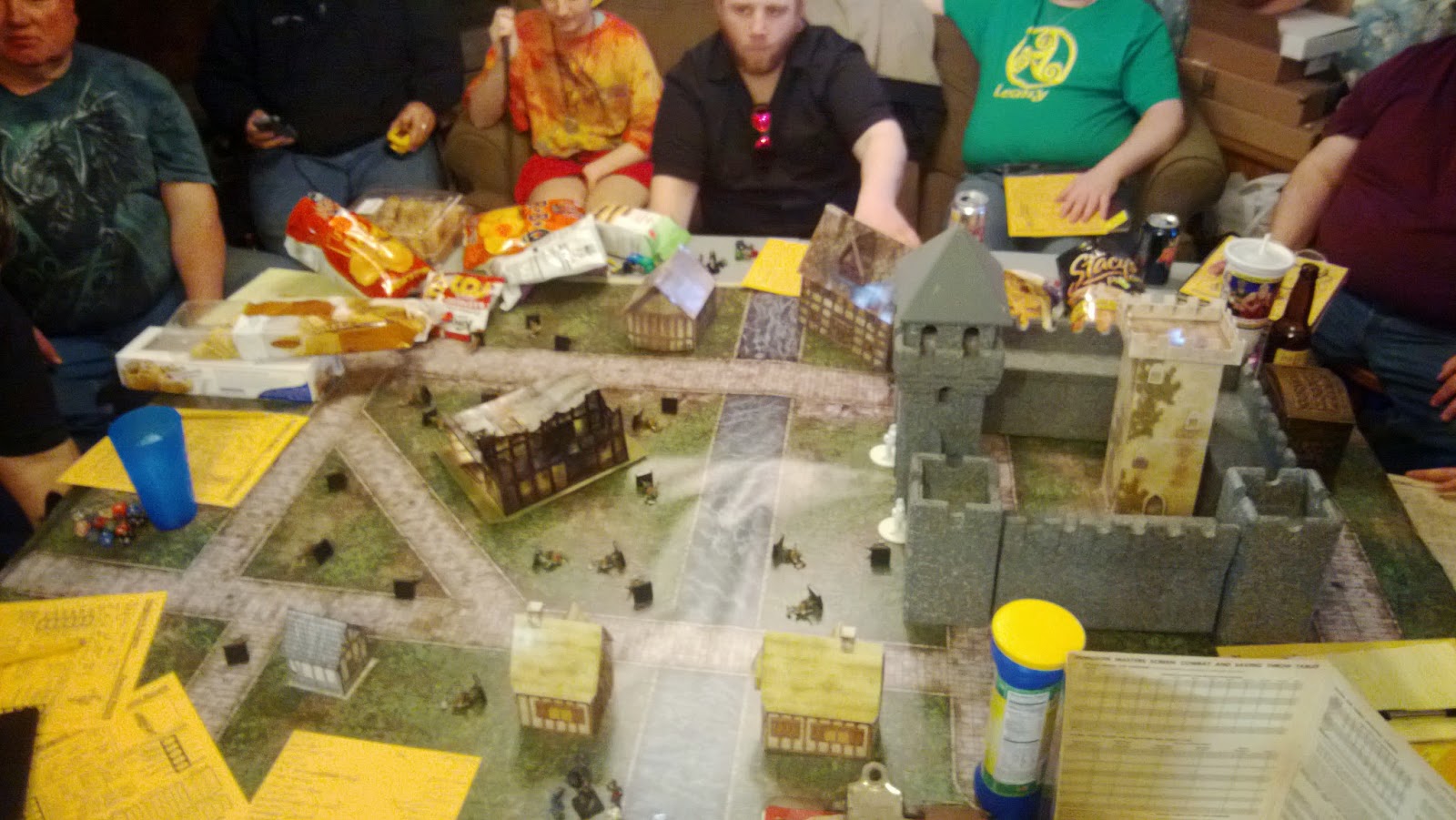 Despite warnings from the spell-flingers of the group, they marched right in 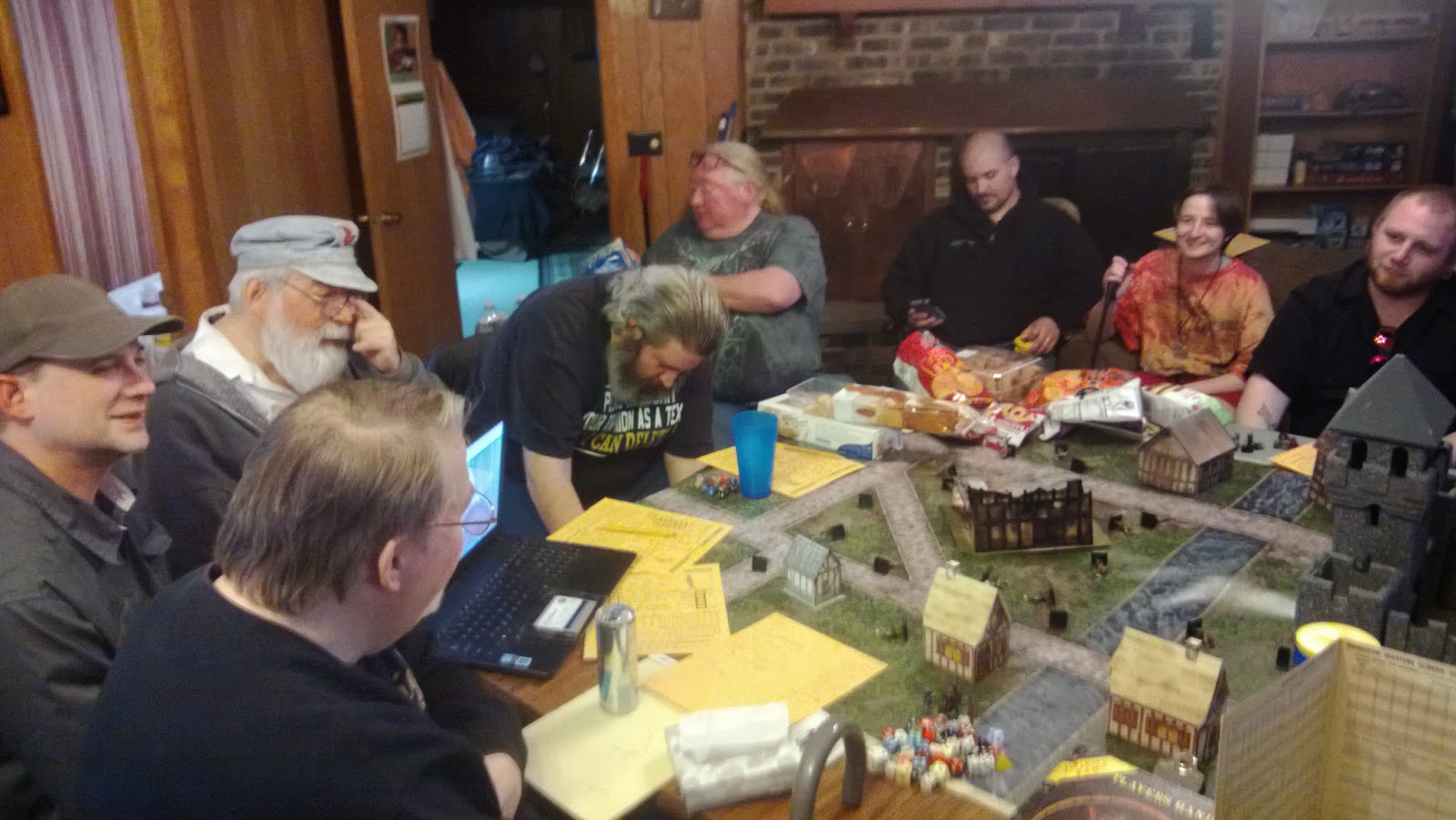 The realization something was wrong soon hit them 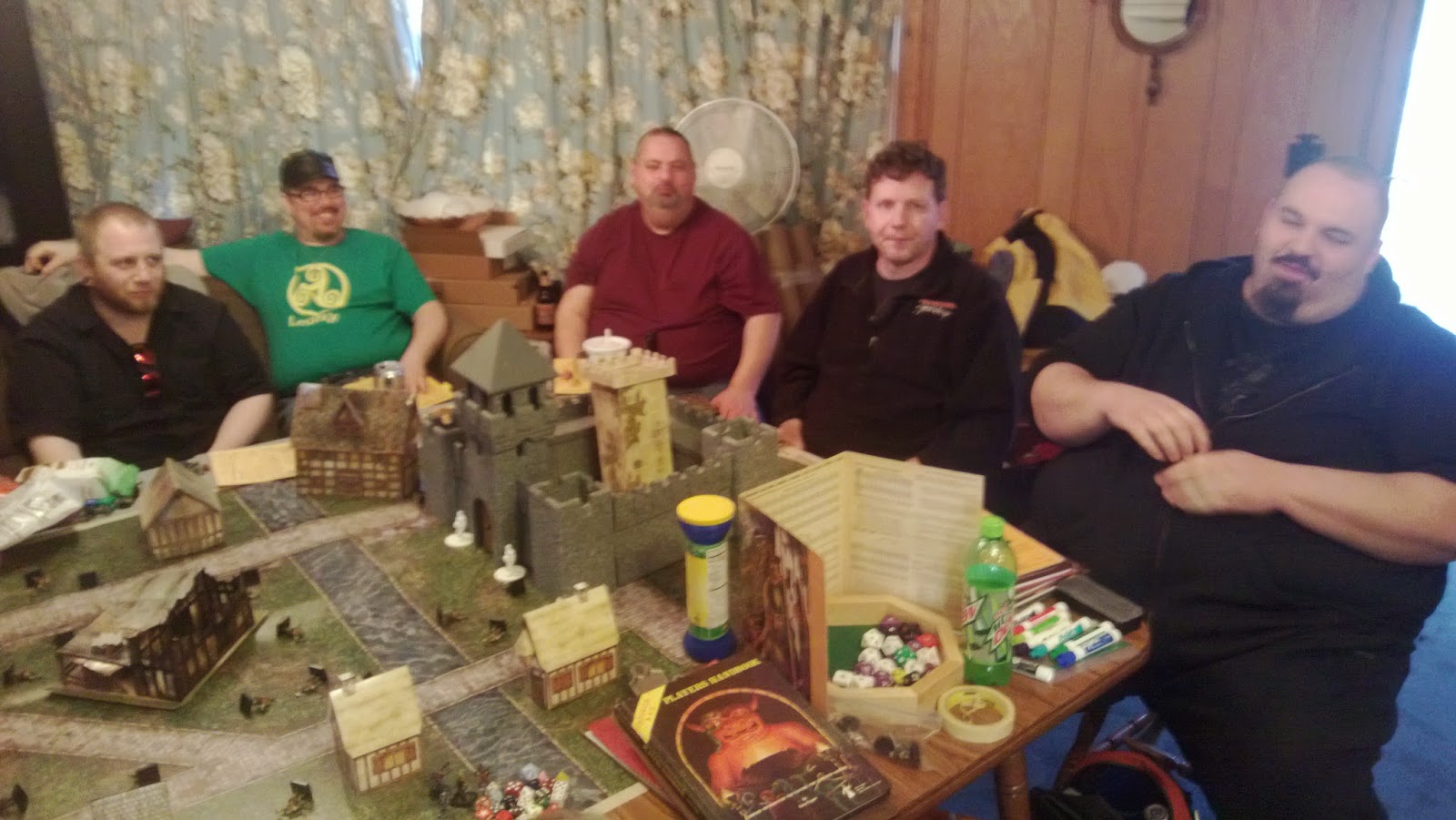 There was something about those statues, but what? 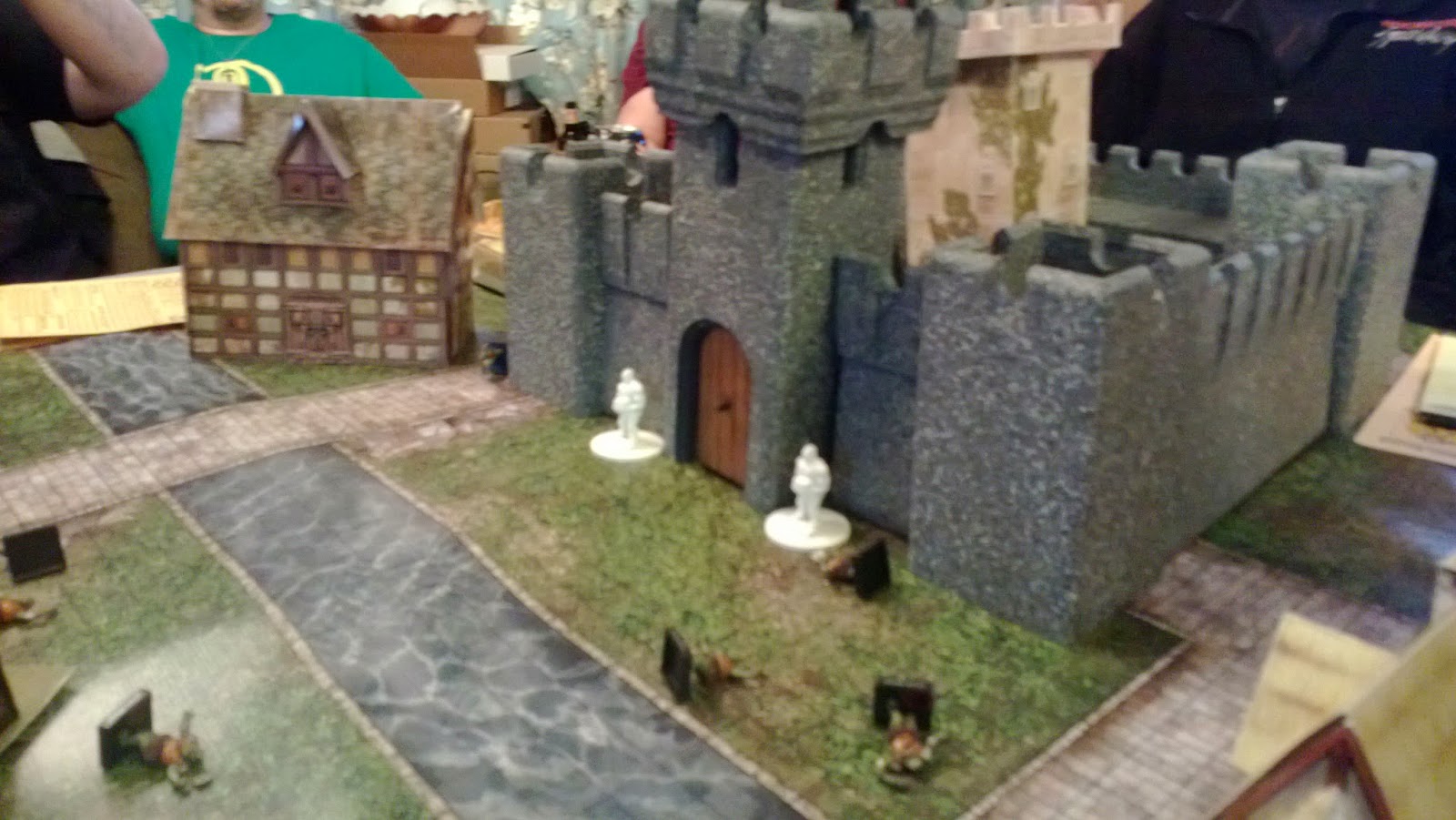 Well, snow golems might attack in numbers but they can be cut down to size, as can the cleanup crew, two giant cockroaches! 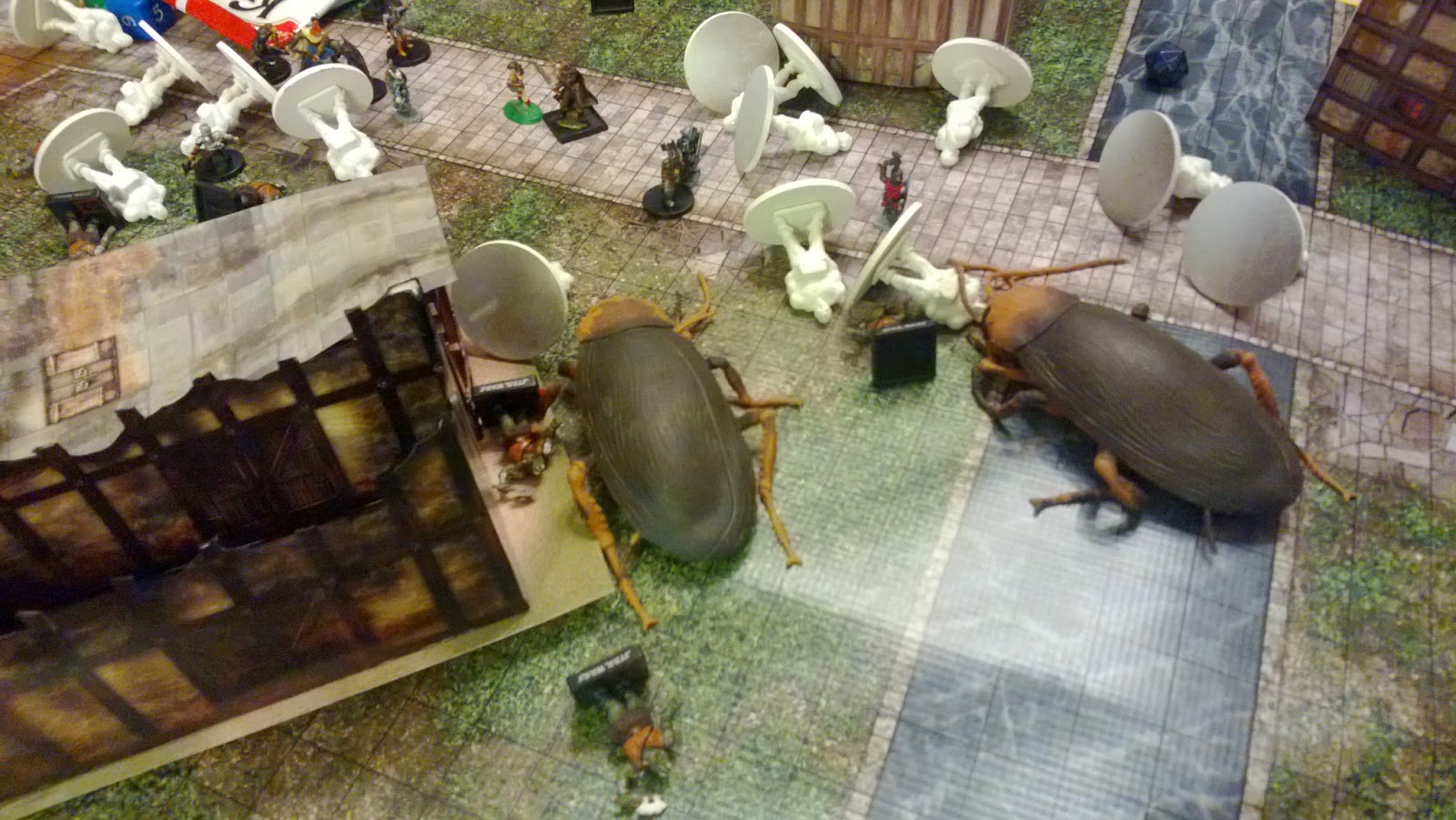 Once beneath the outpost, in the ice caves, a crypt and a mushroom field caught their eye(s). 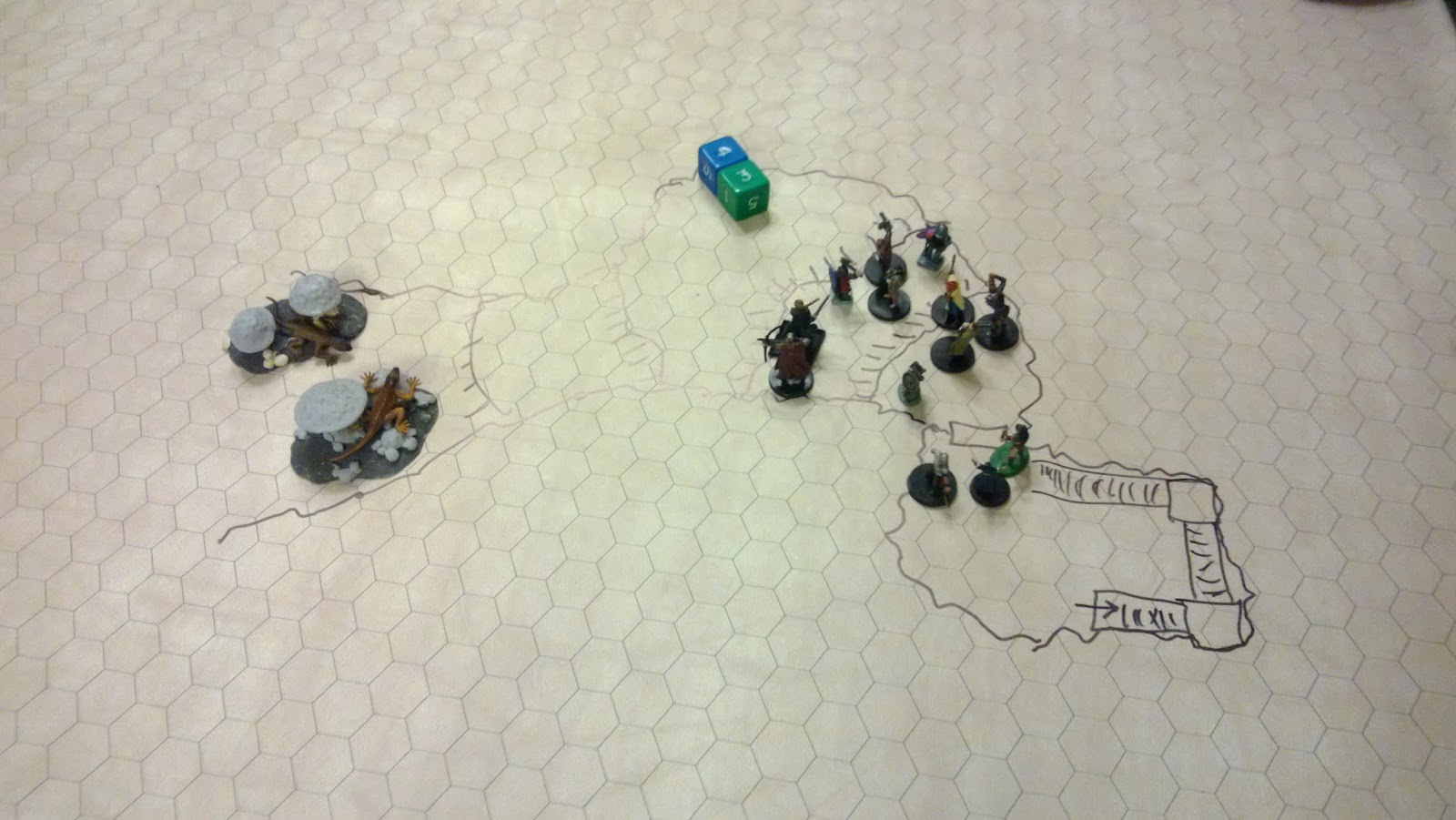 It turned out the albino lizards were extremely young dragons, and their parent didn't like one of them being slaughtered. 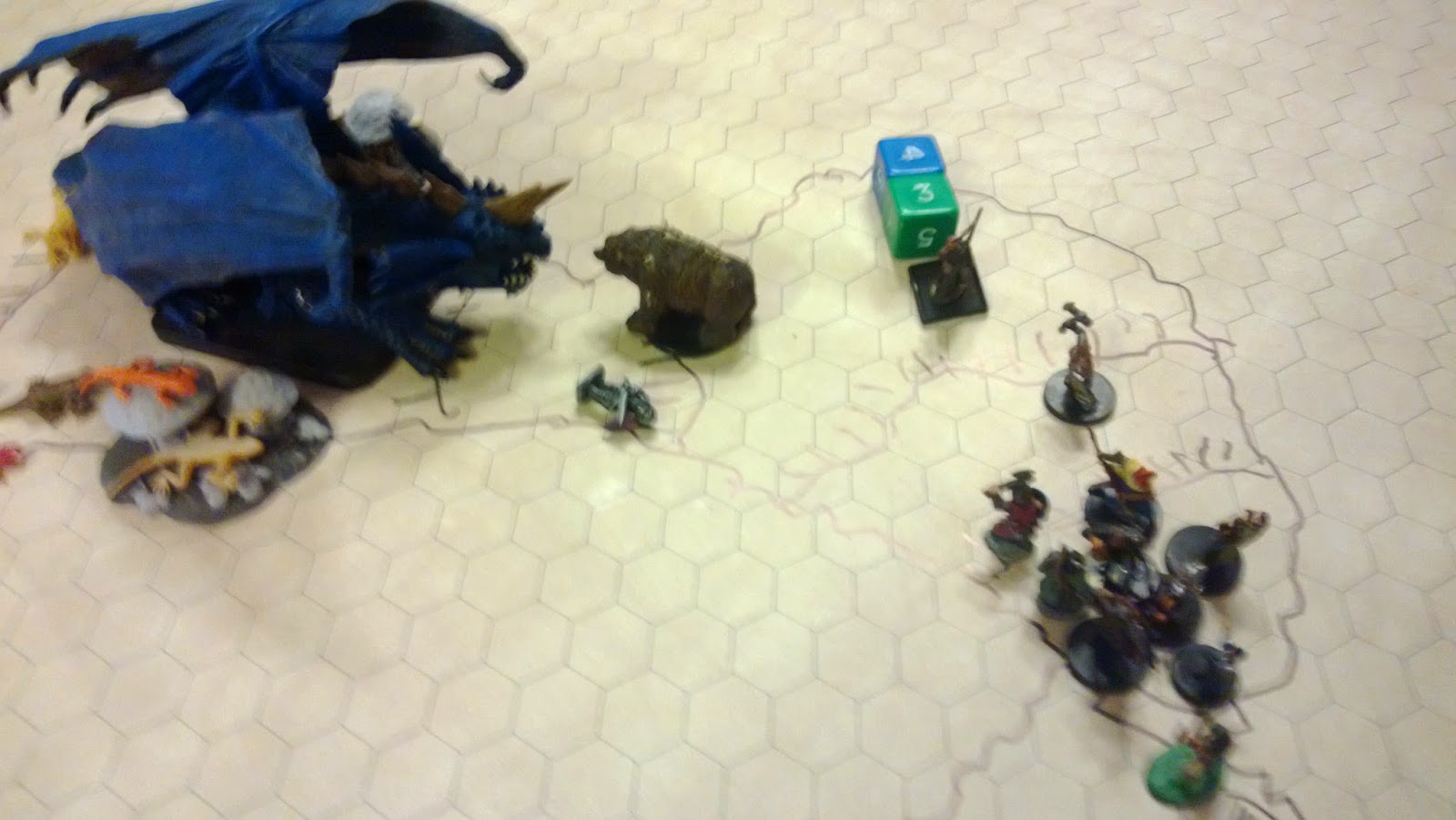 Though many in the party perished, the group prevailed and most were able to be brought back home for "revitalization." 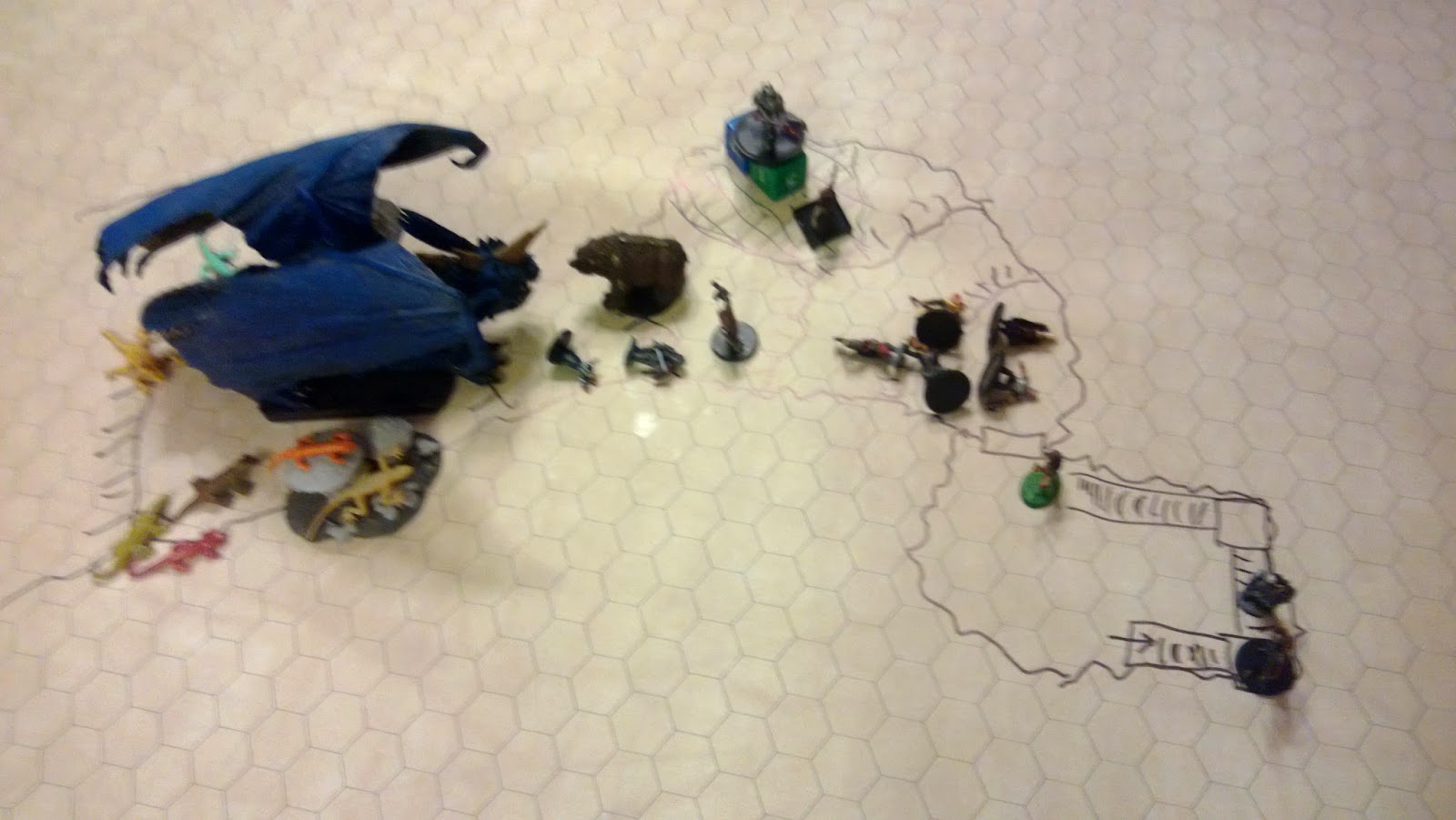