I've got one more thing to add to the GM's Day sale as it winds to a close this year and this one has some history attached to it.  As many know, I've been a tabletop gamer since the early 70s and a RPGer since D&D came out in 1974.  A few years ago, i got to know my buddy Ernie a bit better than just to spot him or nod at conventions despite seeing him around since my first Gen Con in 1975.  We started gaming together a bit more and I've gotten to know him rather well and call him a good friend.

Sadly, about a year ago, the building on the East end of Lake Geneva, WI, where Ernie had an apartment caught fire. He lost a great deal of his personal belongings, including a lot of games and particular gaming-related memorabilia that can never be replaced.  His brother Luke kindly set up a Fire Relief Fund to help him get back on his feet.  Folks have been helping and he even got a place to stay until he could acquire a more permanent dwelling.  But his troubles for last year didn't end there.

In late November, Ernie suffered from a bout of congestive heart failure.  He was hospitalized for a handful of days and still has regular visits, to make sure he won't have another episode. The medical situation and bills that piling up has kept him in his temporary location longer than he'd like.  His physical situation also leaves him was some restrictions regarding getting a new residence in that he cannot climb stairs except in an emergency and he has a service dog.

So here's what I have done to help.  Some time after the fire last year I began work on an adventure.  It is themed around fire and has some inside references to gaming, the history of gaming, and the Lake Geneva area.  I worked it out with Luke to sell this adventure and send 33% of the proceeds to the Ernie Gygax Relief Fund (originally the Ernie Gygax Fire Relief Fund, and still named so, but it now needs to be so much more).  Hopefully, so who may not have donated or now can go a little further, can pick up this fun, system-neutral adventure and assist Ernie in the process.

Check out the adventure here!

Thank you in advance for your help. 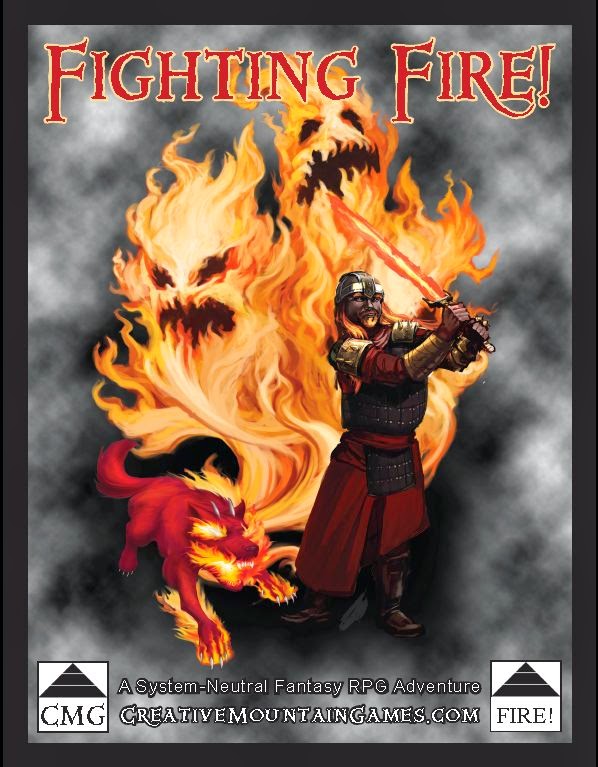