The Intrawebs are all a-flutter with speculation of an all-female Ghostbusters movie thanks in no small part to king-of-the-trolls Bill Murray random comment on the matter.  The idea being that it wouldn't be a sequel, as some might have hoped, but rather a re-make with female casting.  I can personally think of nothing worse than asking up-and-coming female comedic actors to lend their talents to a movie that would essentially ask three white women to do impressions of Bill Murray, Dan Aykroyd, and the late Harold Ramis, then make sure they add someone who isn't white in a minor supporting role as part of the core team.  I'm sure Ernie Hudson appreciated the work three decades ago but let's not approach casting in that manner again, not even as some sort of post-turn-of-the-millennium ironic nod to our past knuckleheadedness.  I can almost picture Ramis rolling his eyes over in his grave, to mix a metaphor and honor his signature acting move.  Don't get me wrong, Ghostbusters was a fun movie but it was, in part, a product of its time, 1984, with all the good and bad it took to make a movie then.

So, and all-female Ghostbusters?  I think not unless it removes the soulcrushing idea of being a remake and looks toward late-sequel territory.  With some potential cameos, you might even please continuing and former fans.  I can certainly picture the new team needing to consult with the greats (after a mention that Egon has passed), with them seeking out Winston Zeddmore for some practical advice, consulting with Dr. Peter Venkman where he lives in an asylum having gone mad after losing Dana Barrett during a work-related incident, and even opening a planar portal to see what Dr. Raymond Stantz, now retired, might be able to tell them of life beyond the rift.

With those obligatory ideas out of the way, you can focus on a modern story.  While the original Ghostbusters was probably more comedy than drama, though decidedly both, with a overlying veneer of the supernatural, I think you could twist it a bit and make it more supernatural and drama with make the humor even a bit more dark when it pops up.  Pick someone solid but recognizable, with strong comedic chops as well as versatility, to build the cast around.  I'd suggest someone like Aisha Tyler.  I think she has much more range than she has ever been given the chance to fully display.  And if you're set on making it all-female, or even if you aren't, Tyler would be a good choice to lead.

If this isn't handled right, it could obviously be a disaster.  Personally, I wish they hadn't even made the second Ghostbusters, but who could deny the gang a paycheck at that point in their careers?  So, what's your take on a new Ghostbusters movie? 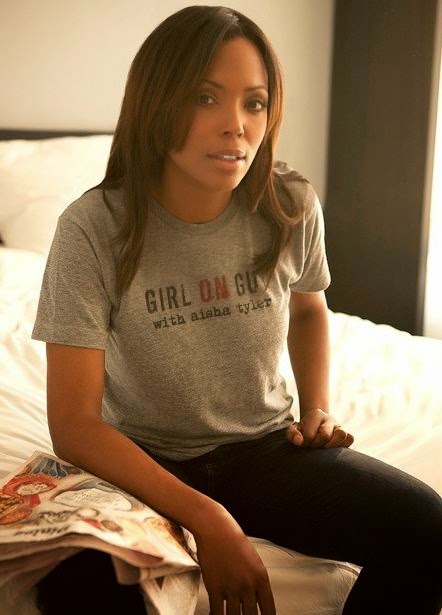