Last Saturday saw the advent of the 4th Anniversary Gameday for Lake Geneva, Games in Wisconsin.  I was in attendance and got quite a few photos of the games played that day which I have uploaded to Google Plus here and Facebook here. 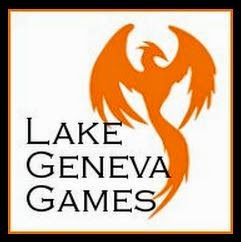 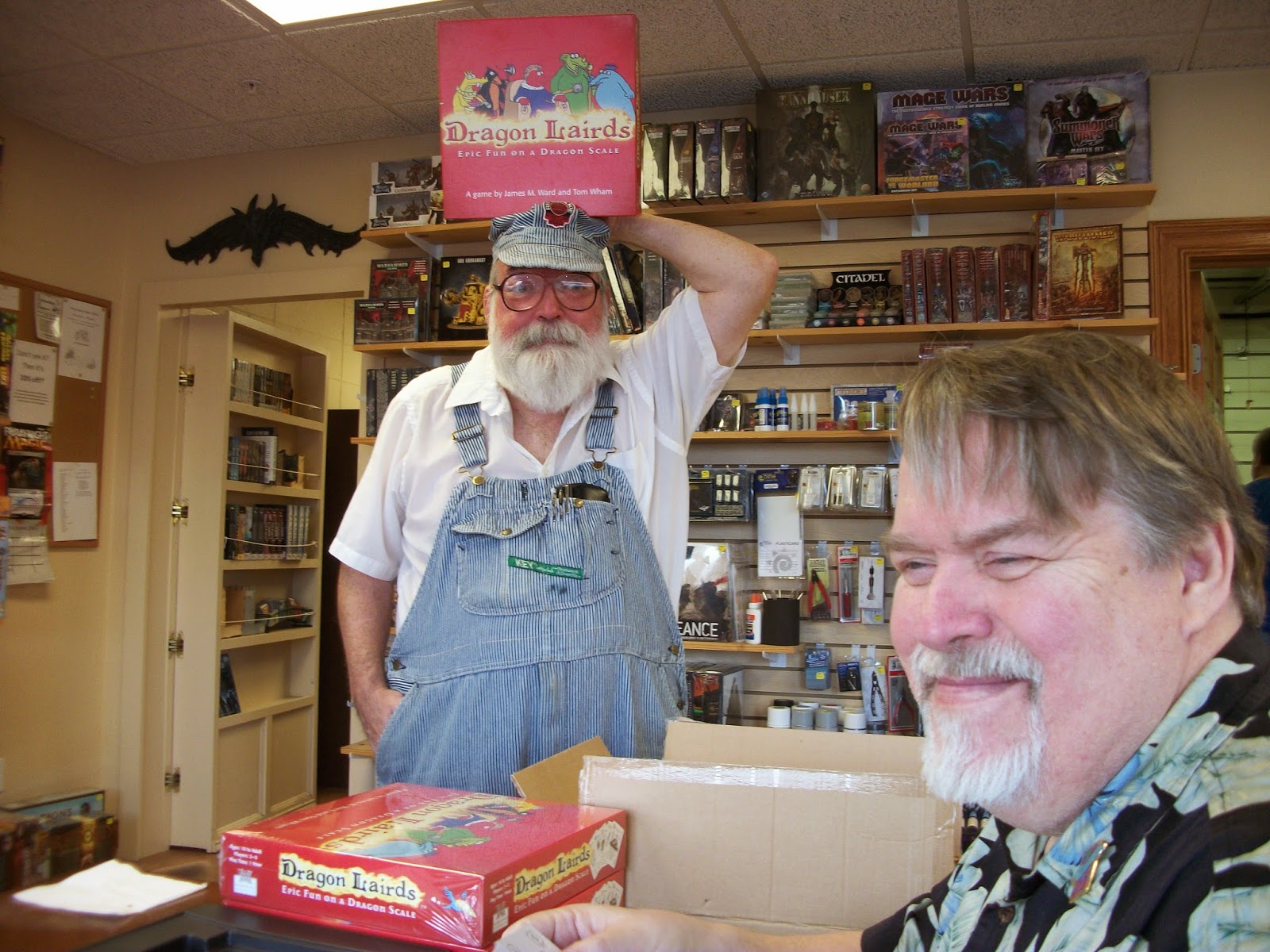 The Dragon Laird's designers were in the house 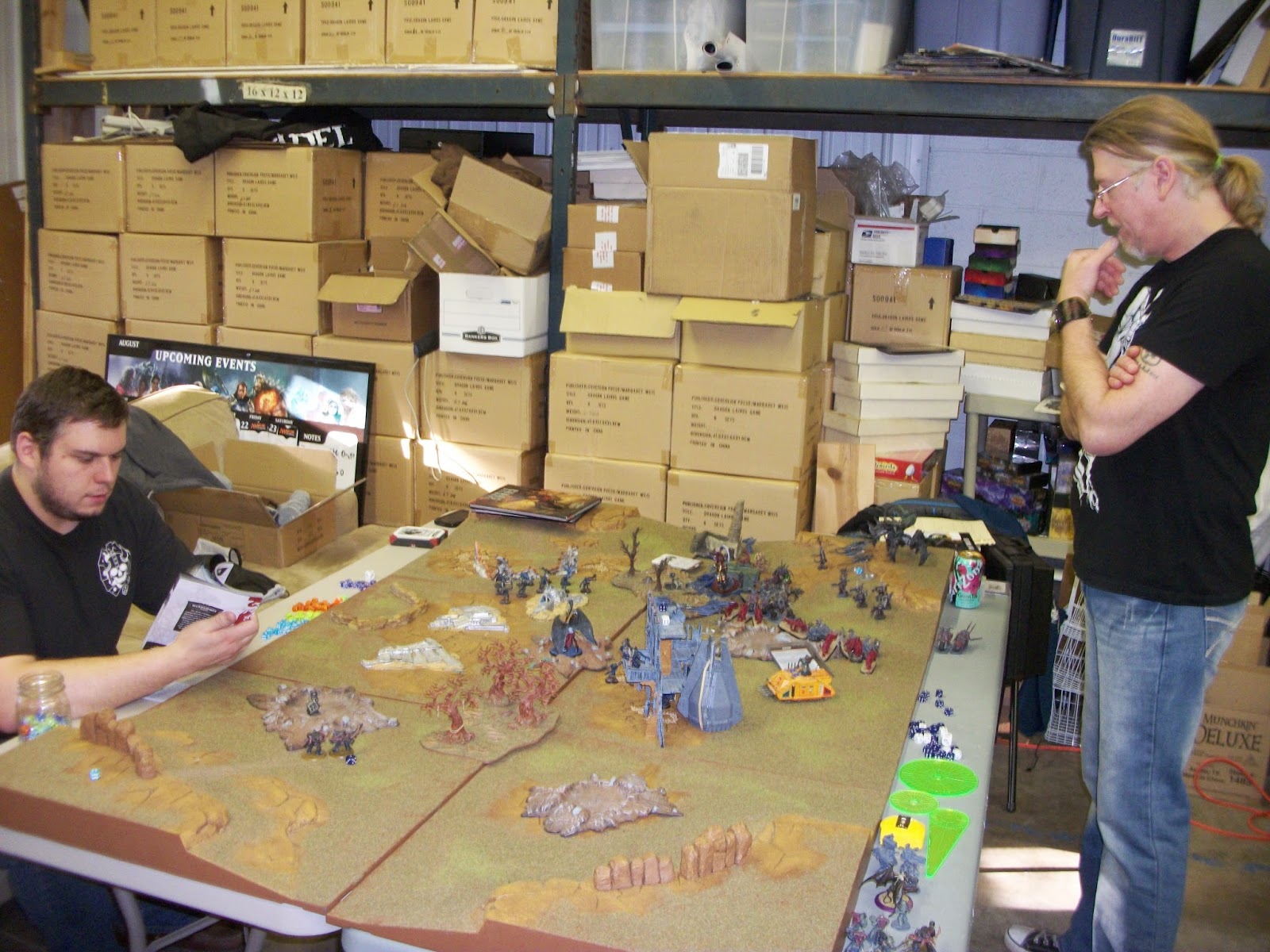 There was a bit of WH wargaming 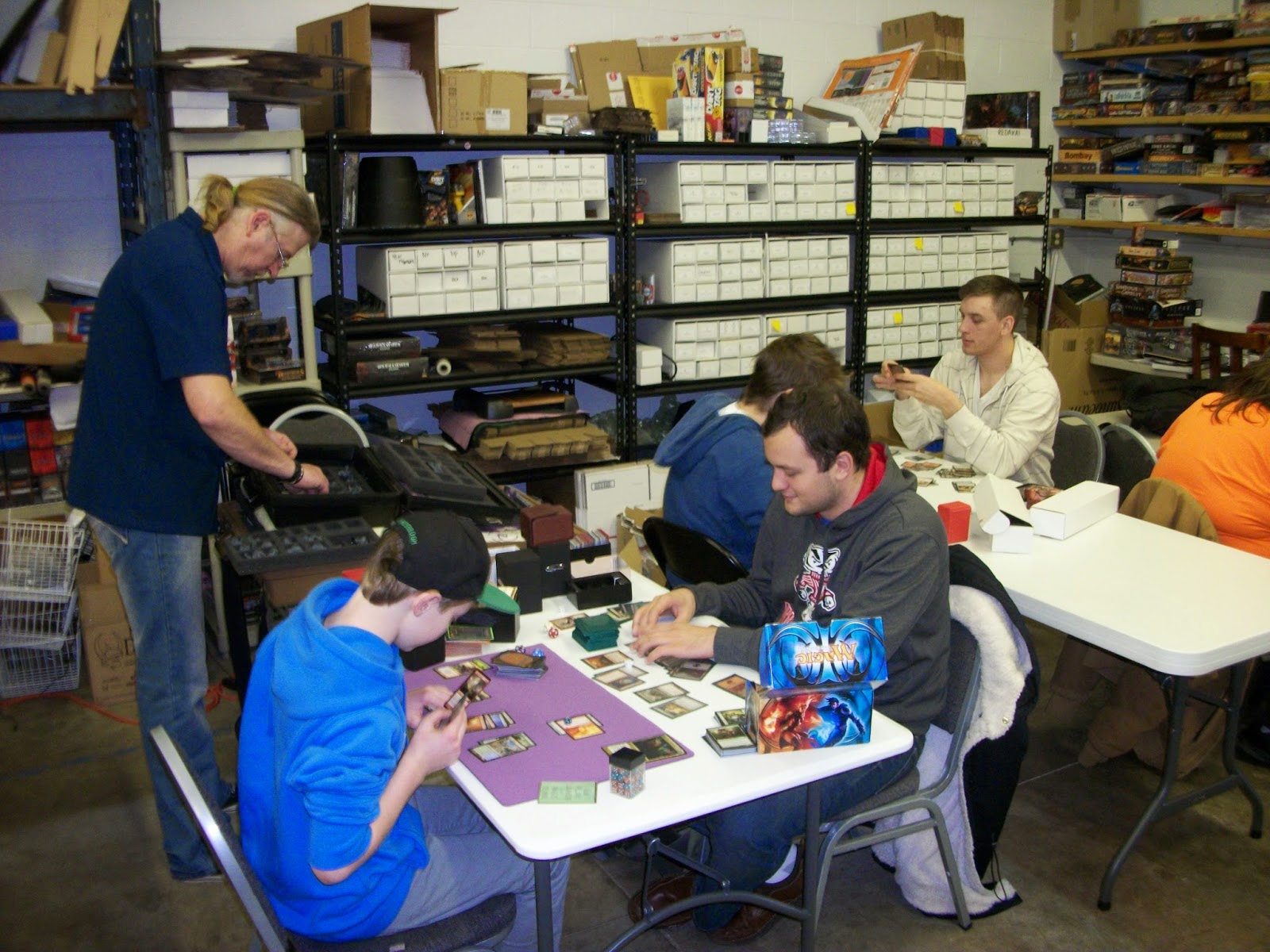 Quite a bit of cardplaying 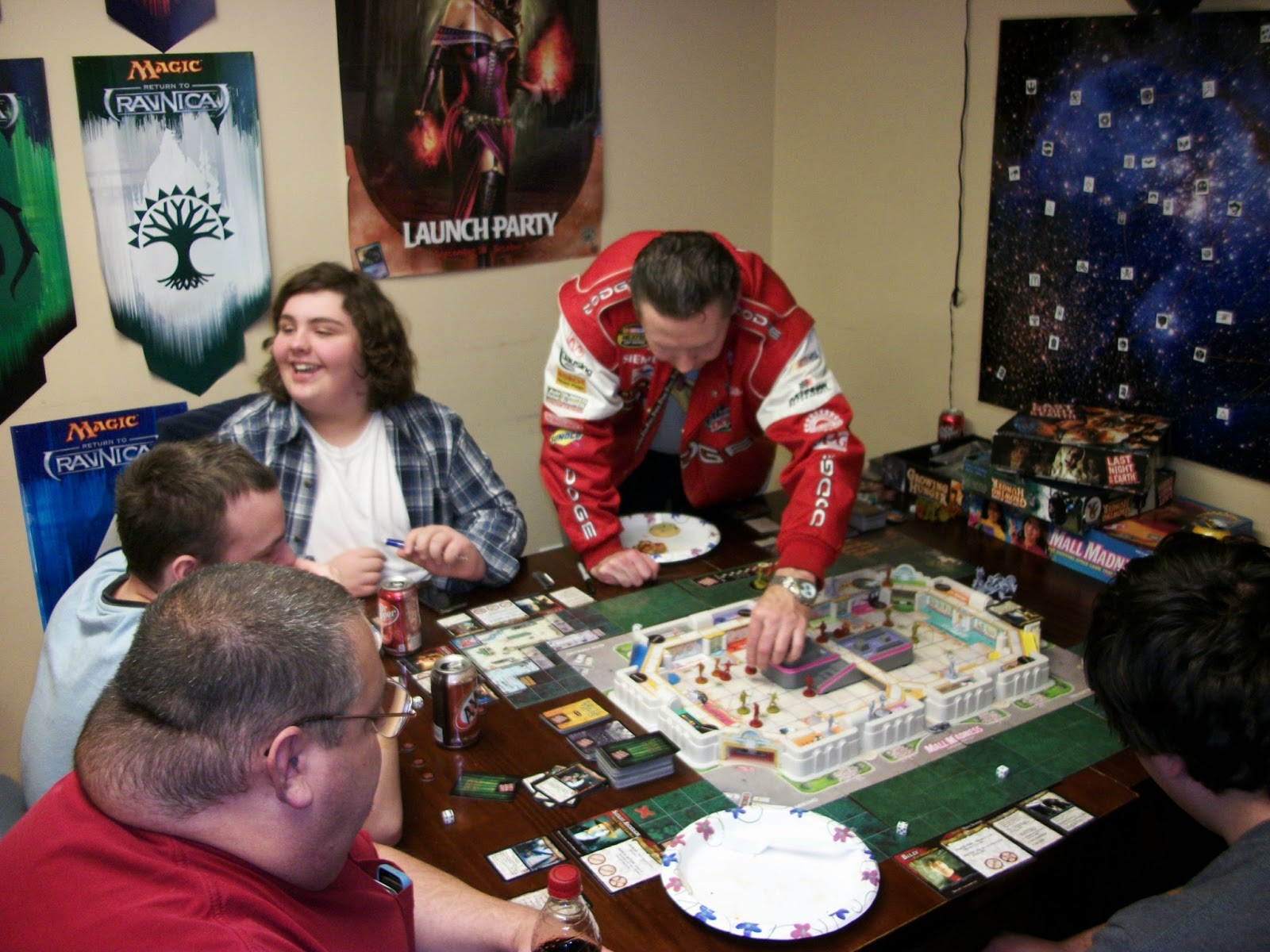 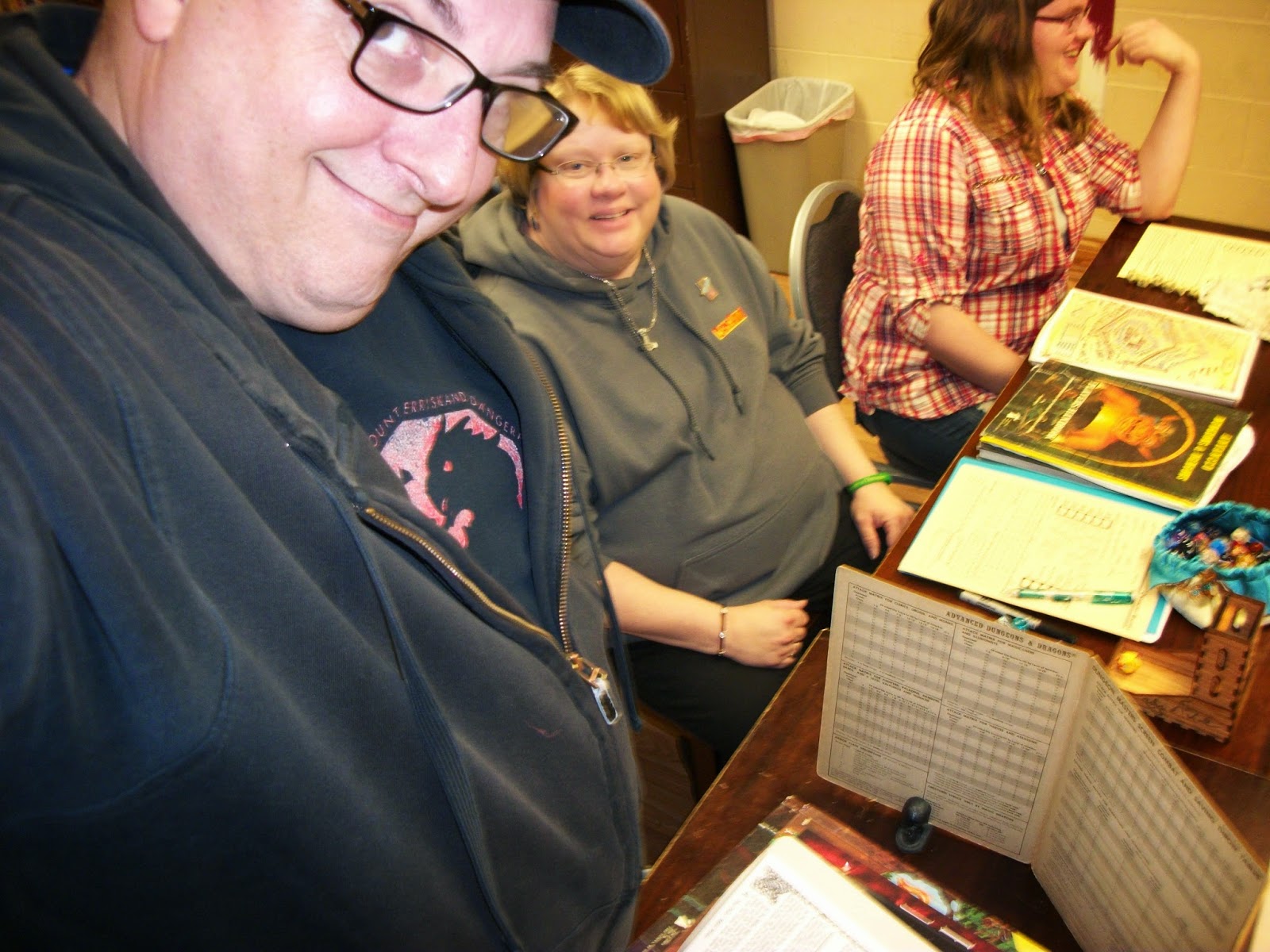 And even some Old School RPGing 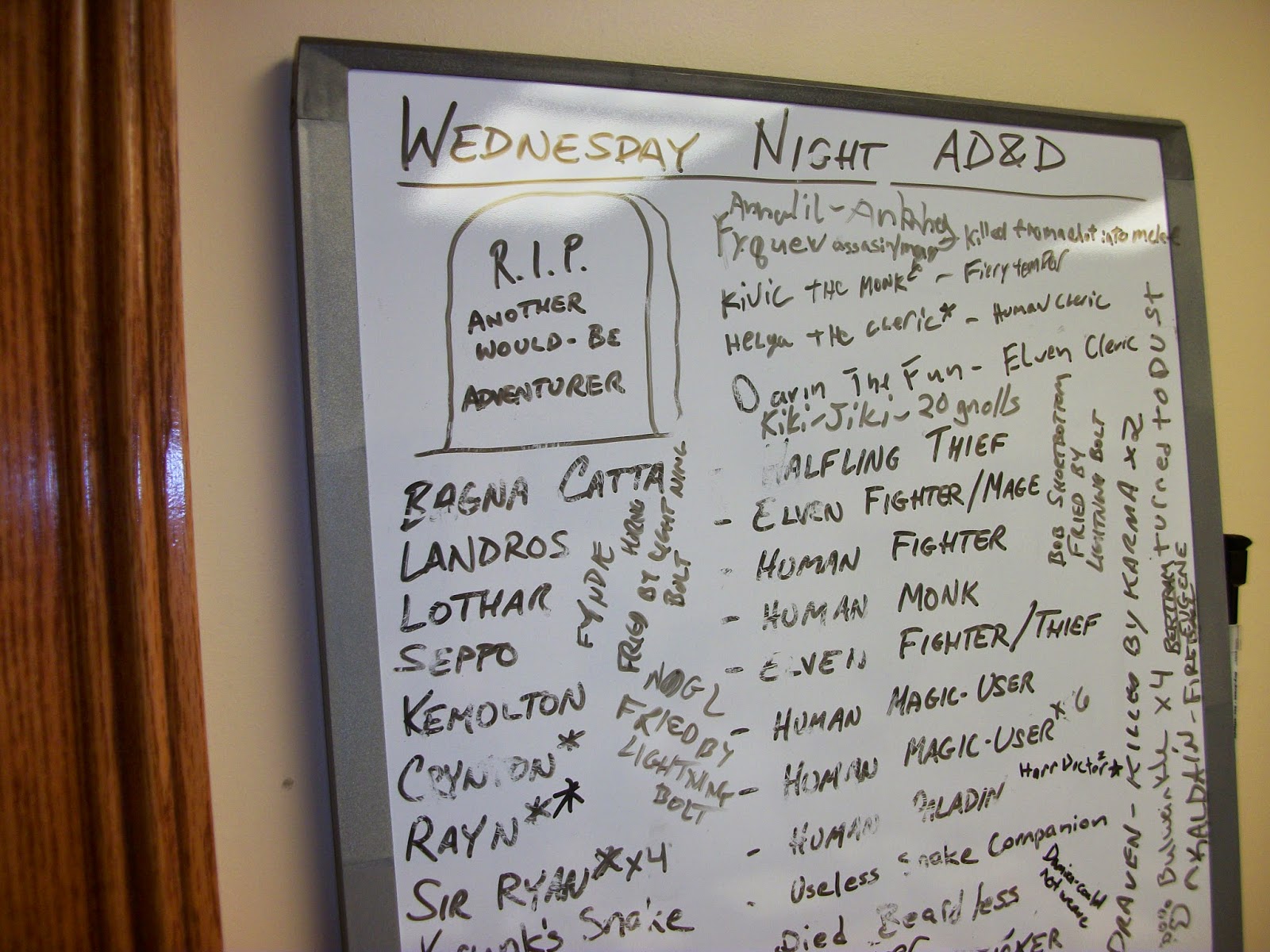 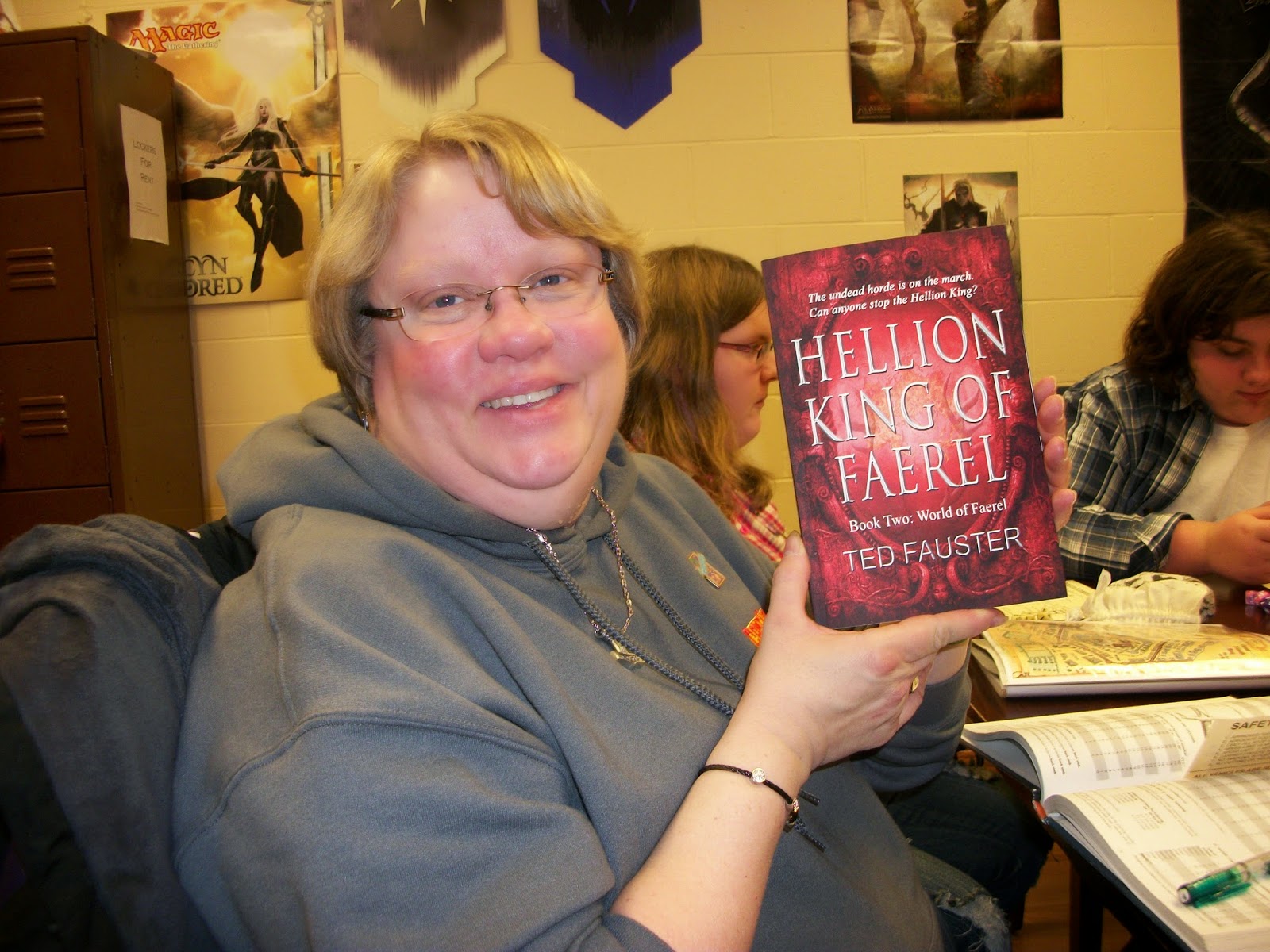 Wendy won the Ted Fauster novel, a signed and
numbered copy of Hellion King of Faerel, as a table prize!

Also on the author front, Matt Forbeck will "be part of the lineup of local authors gathered at the Beloit Public Library from 11 AM to 3 PM. All sorts of other writers will be there as well, including the illustrious Jerry Peterson. If we’re lucky, local creatives like Aaron Wilson, Jessica Fox-Wilson, Tom Warren, and Kimberly Vogel will join us, along with a few other surprises."  Find out more here.

Also, a reminder that Kris Herzog is organizing a gameday for this Sunday, December 7th at 11 am to be held at Gregs Catering 3120 Roberts St, Franksville, Wisconsin 53126.  It's not a great distance from the Milwaukee, Lake Geneva, and Kenosha areas, so stop on by for free gaming a great, reasonably-priced eats.  Join the event on its Facebook page here. 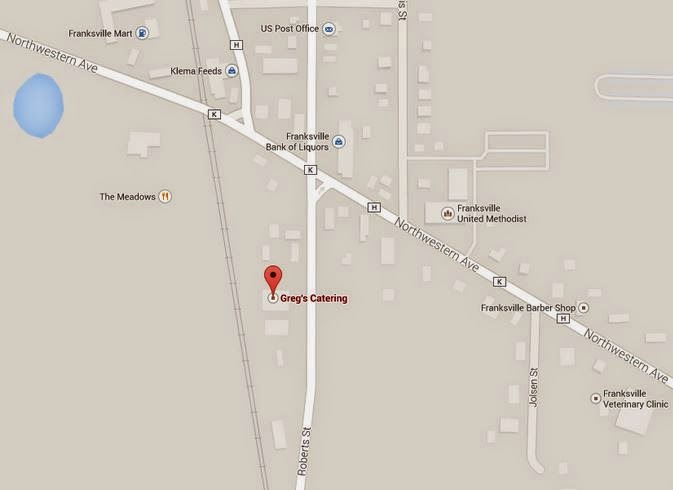