This month's Blog Carnival is being shepherded here on this blog and the topic is "Best GM Ever."  Folks can keep track this month by following this post and each new month and visit the archives for the Blog Carnival on roleplayingtips.com here.

This month on the RPG Blog Carnival, there will be a lot of discussion about the "Best GM Ever."  Some folks will contend it is one particular person they met, either recently or back in their distant memory, who ran a game so enthralling the players speak of it every chance they get.  They will tell the tale of one particular adventure where the group nearly lost one or more of the party to certain death.  The players will recount how they were ever on their toes and had to dig around for just the right information to find an object quite precious and rescue someone from peril.  They faced many dangers along the way though none compared to the fight in the grand finale that no one thought could be accomplished or the big reveal when the mystery was solved.  They will all be right.

However, other folks will post that it is someone else, someone who has a particular set of skills, skills that they have seen in part here and there spread out among many GMs.  They will point out that their one friend, So-and-so, might be a contender for the title, since he has a game world he has developed for years that has served their group through many tribulations and system changes.  There will be What's-her-name who has an uncanny ability for improvisation and always seems one or two steps ahead of the players, ready with a description of anywhere they go and anyone they meet, and there is always adventure in the offing.  Then there is What's-his-name who can do the most amazing voices and mannerisms, sometimes celebrity impressions, which helps to ground the campaign in the familiar with all of the roleplaying interactions.  Or maybe that one GM who runs combats so seamlessly that the players don't feel like fighting is a separate or dominant part of the game but rather just another aspect which crops up from time to time but doesn't steal focus from the ongoing story that unfolds.  Or the GM who researches history quite deeply and lends a depth to the game that never bottoms out.  All of these people are also right in naming those folks as the best GM ever.

In truth, the best GM ever is any and all of the above.  The best GM ever is the stalwart player who steps up to ensure that a game will be run, just to fill in for a week or month after month with an ongoing campaign, year in and year out.  It is the GM who puts together a scenario for the random gameday or helps out at conventions to make sure everyone is in for a great time.  It is the grizzled veteran and the newcomer who is reading their first game book and putting together a group.

The Best GM Ever is you!


And don't forget to March Fo(u)rth for GM's Day! 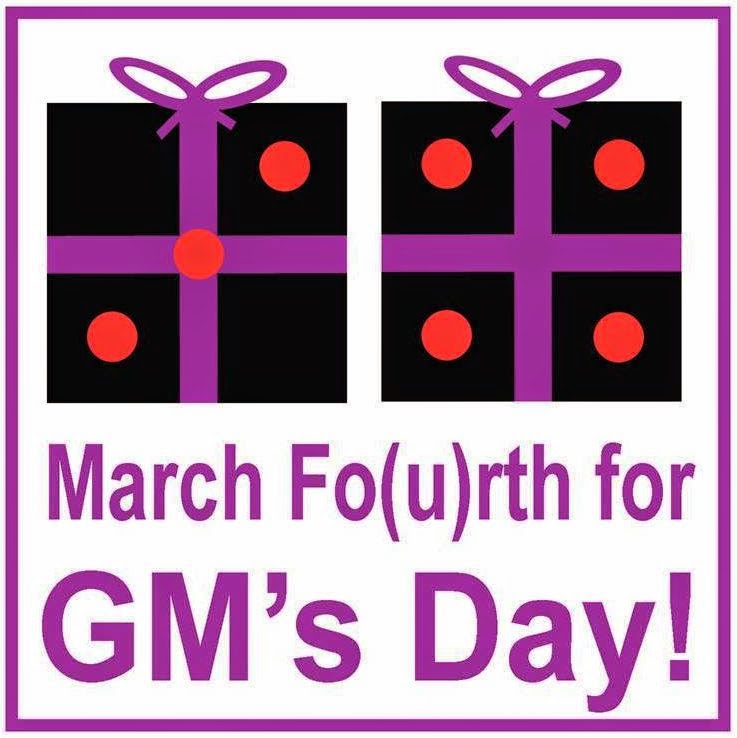