Chicago Wiz let me know about an event I had not know existed before and right in my own back yard.  He told me of Count-I-Con 2016 which takes place at the Lake County Fairgrounds in north Illinois in late August (27th & 28th?).  More specs can be found here.

While I understand gaming isn't meant to be the primary focus of the event, the organizers seem to be quite receptive to it.  They have a good space dedicated to gaming of 3,600 ft and run the spectrum from CCGs, wargames, RPGs and boardgames.  More on that here. 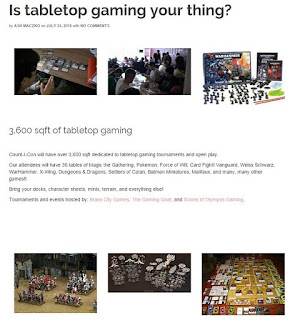 I know this is six months away but I figured for something this close to home I'd get some word out early.  Though we're past the early bird discount phase, they are still setting up the vendor space for anyone who might be interested in that aspect here. 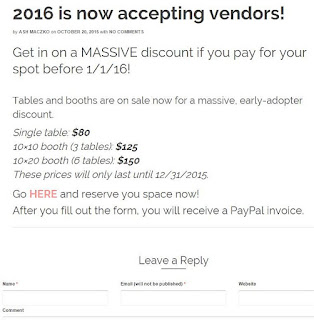