Here's a quick note about some upcoming website adjustments for the CMG Blog Triad that will manifest in March.  I've often felt that having some types of cartography on Terrain Tuesday on MFWARS.com was shoehorning.  While I feel battlemats, battlemaps, and the like work well for this category, because they are essentially two-dimensional terrain, larger scale maps and cartography are going to move starting in March to the Grymvald.com corner of the CMG Blog Triad appearing on what will be dubbed as Mapping Monday.  They fit better with the setting-oriented blogging for Grymvald.com.  This will replace the old Monday blog on Grymvald.com known as RPG Media Monday which will in turn move to the CreativeMountainGames.com Monday blog slot.  That will replace Media News Monday, since I have often felt that news there was not very timely.  What I had posted there either had been widespread news by the time it was posted or would work well enough under the heading of RPG Media Monday.  I hope these adjustments don't throw anyone for a loop.  I feel they will work better going forward.

Seems fitting to go out on a big story and for media, the Oscars are about as big as it gets.  I was working on some Gary Con VIII prep last night but had the 88th Annual Academy Awards on in the background.  As usual, no one will ever agree on whether there were movies and artists that should have been nominated but all in all there were some very good films in 2015.  I've seen five of the eight Best Picture nominees including The Big Short, Bridge of Spies, Mad Max: Fury Road, The Martian, and The Revenant.  From the other categories, I caught Trumbo, The Hateful Eight, Star Wars: The Force Awakens, and (one of my favorites of the year) Ex Machina.  Congrats to it on getting Best Achievement in Visual Effects.  It was amazing! 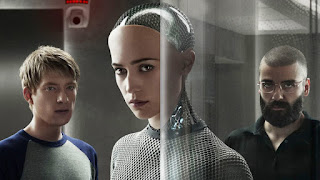 I was glad to see The Hateful Eight get something, even if just Best Achievement in Music Written for Motion Pictures, Original Score because I enjoy Tarantino and feel his movies speak to the GM in me with the way he throws characters together and I'm never sure what is going to happen next. 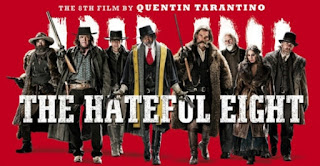 I was also happy for Mark Rylance getting Best Performance by an Actor in a Supporting Role for his work in Bridge of Spies but mostly because of his work in Wolf Hall.  That show has such rich characters and fine performances, and is a real lesson for how to portray NPCs in RPGs.  This whole final post, by the way, is a good example of how even though I am writing about media in general, I still have this inclination to steer it toward something gaming related. 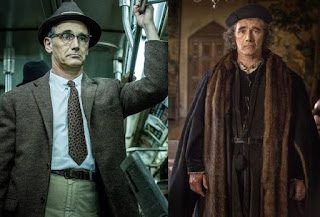