A small but dedicated band of gamers got together on Saturday, August 24th, 2019, to game for twelve hours and raise money for "Extra Life 4 Kids." 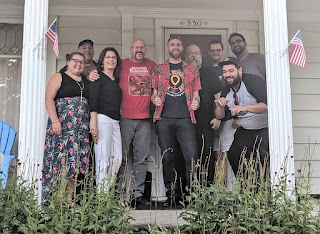 The place was 330 Center Street in Lake Geneva, WI, the former home of Gary Gygax, the place where he first published the original Dungeons & Dragons.  The games were 5th Edition Dungeons & Dragons, four sessions, each DMed by a skilled storyteller for a handful of intrepid player-adventurers, some with gaming experience that dates back to when Gary still resided and ran games in this storied home. 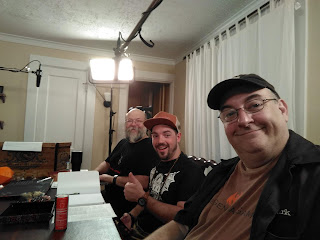 One of the players involved was the youngest son of Gary, Alex Gygax, and another was a grandson of Gary's, Mike Gygax.  The event was streamed live as viewers could pledge to the cause and doing so allowed the benefactor to give support to either the players or the Dungeon Master with re-rolls, advantage, critical hits, healing potions, magic items, and even naming the characters.  The event raised over three thousand dollars in donations! 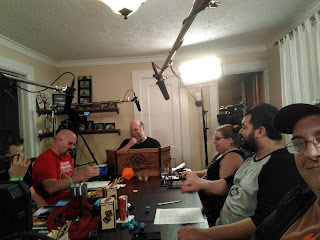 This is the first time a D&D game was live-streamed from this historic site.  Yolanda Frontany and her husband, the current owners of the home, were kind enough to allow this event to take place.  They've been very generous opening up this treasured location for gamers from time to time, particularly during the Gary Con Gaming Convention, an annual event started by Luke Gygax to commemorate the many achievements of the father of roleplaying games.  It's a celebration happening every March in Lake Geneva which highlights Old School gaming. 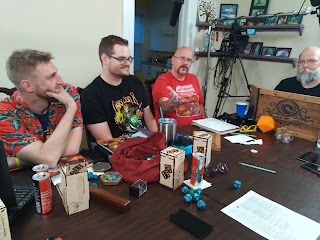 John Gilbert was a player and the Extra Life coordinator (with special thanks to Jason O'Brien) while Bill Allan was the producer, as well as being a DM and player.  Working with Bill on the technical side of the event were the director, David Karaffa, and Tony K adding technical support (as well as playing in the final game).  Alongside Bill, the DMs also included Larry Hamilton, Fenway Jones, and Travis Taube.  I was also honored to be asked to play in the event. 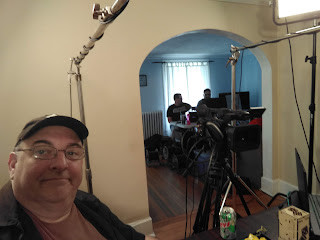 The event streamed on Twitch and has since been uploaded to YouTube and there is a playlist for the full event to watch here.