Have a Happy International Talk Like a Pirate Day! 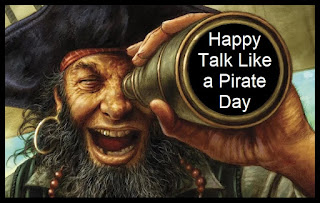 It's been two and a half decades since it all began.  Read more here! 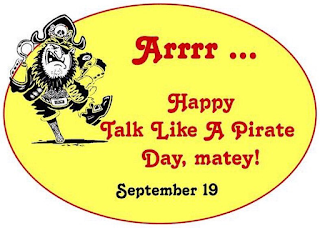 As far as gaming options, if you've already got the base game of Catan, you could add on the Catan: Explorers & Pirates Expansion (and the Extension if you want 5-6 players). 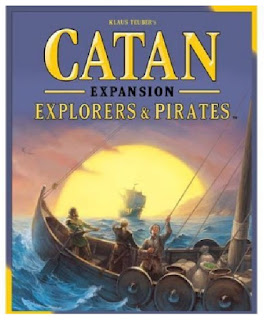 Pirate Fluxx is a fun, quick, addictive card game that never plays the same way twice. The rules change as the game progresses, offering uniquely high replay value. Now grab your cutlass, pirates have taken over Fluxx. There will be times ye must Talk Like a Pirate, and rules about how ye can Plunder from yer mates - even cards that let you play out of turn to take your enemies by Surprise. Playing the Captain's Hat gives ye certain privileges but watch out for Mutiny amongst the crew. 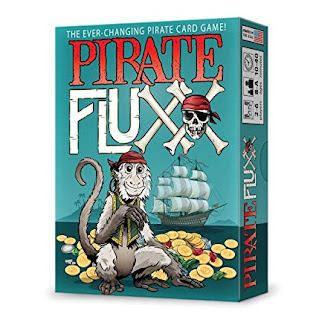 Come aboard and sail to Pirate's Cove, the legendary hideaway of thieving pirates and cutthroat buccaneers. The tales of those legendary pirates of old who've fought and survived these mysterious waters still haunt all those who yearn for a life at sea. Armed with a secret map and starting with a modestly outfitted sloop salvaged from last winter's storm, you set sail to Pirate's Cove, your eyes filled with visions of treasure and fame, your lungs filled with the salty air of the high seas. 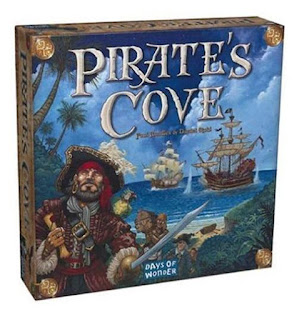 Merchants & Marauders lets you live the life of an influential merchant or a dreaded pirate in the Caribbean during the Golden Age of Piracy. Seek your fortune through trade, rumor hunting, missions, and of course, plundering. The game features a unique trade system and a thematic combat system, allowing for critical decisions and intense excitement. Modify your ship, buy impressive vessels, load deadly special ammunition, and hire specialist crew members. Will your captain gain eternal glory and immense wealth - or find his wet grave under the stormy surface of the Caribbean Sea? 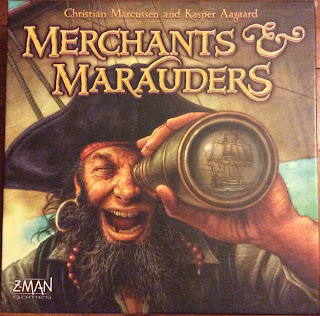