Rather pull another late night with our usual RPG session, we opted to relax with a bit of dice gaming and boardgaming instead (starting earlier and ending earlier than normal).  Though we finished up with a game of Liar's Dice and squeezed in two games of San Juan in between, we started with a game of Can't Stop, a fun little dice game that puts a player's demise in their own hands.  It was nice getting in one more game with Luca before he headed back to Italy (might not be back for a couple years).  In attendance, Tom Wham, Luca Ilario Carbonini, Norman Mason, Benoist Poire (via Skype), myself, and Ernie Gygax. It was at Ernie's place so we had to let him play. 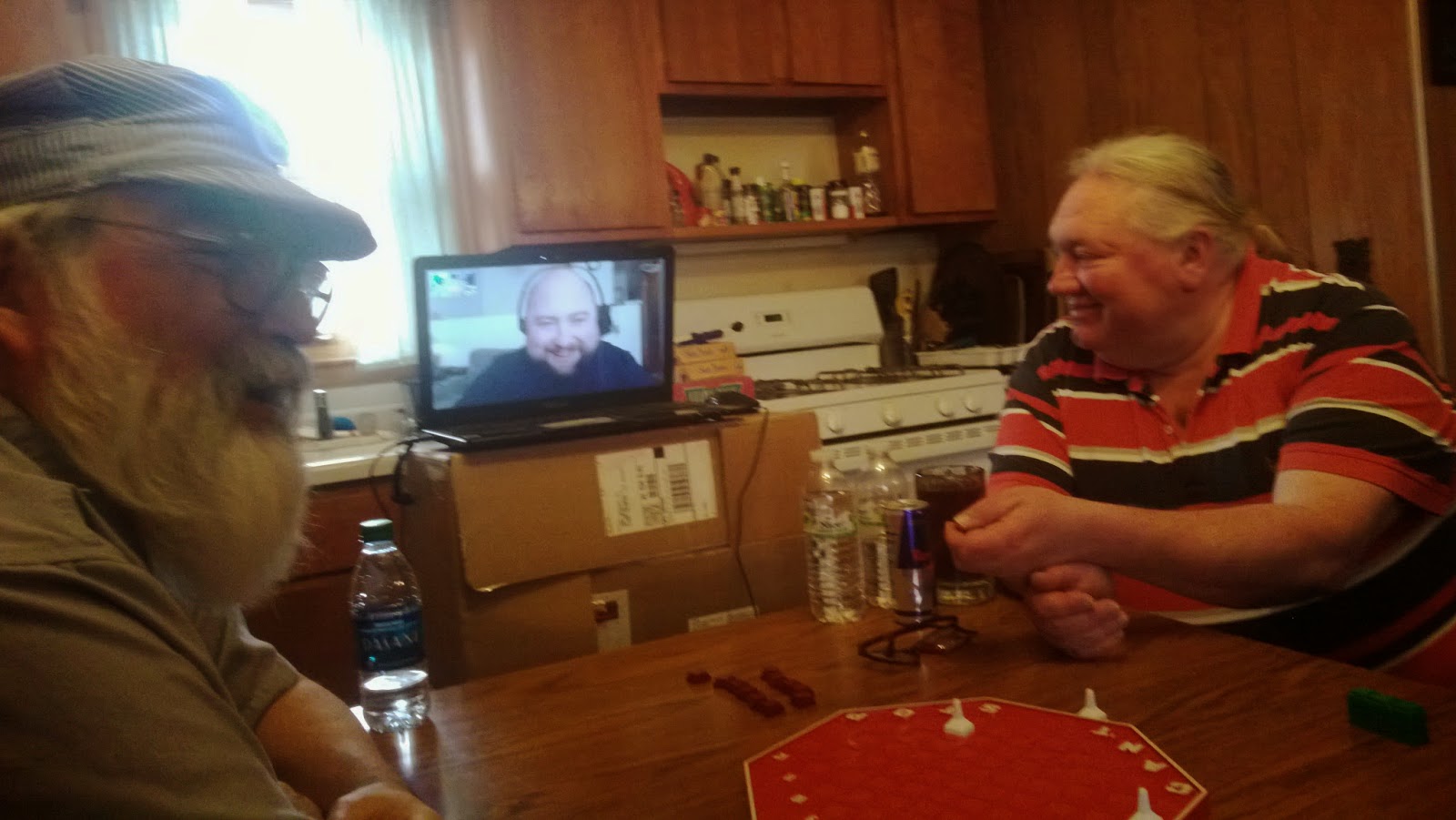 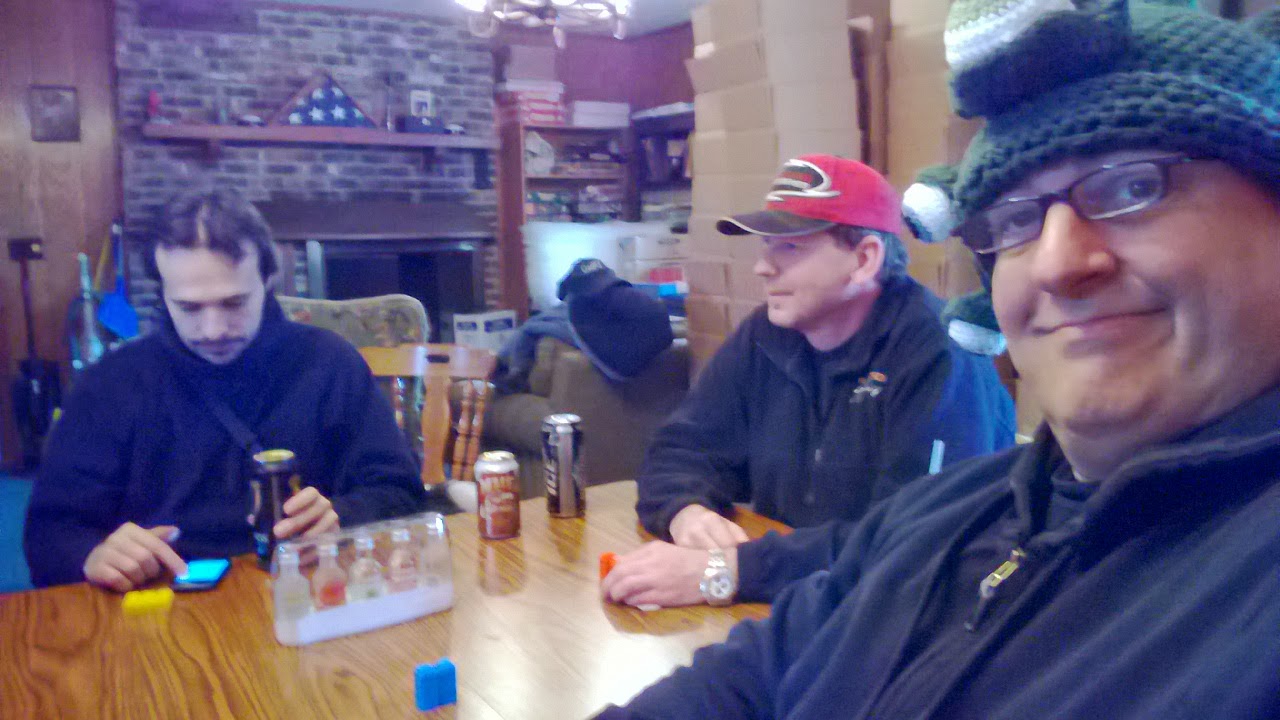 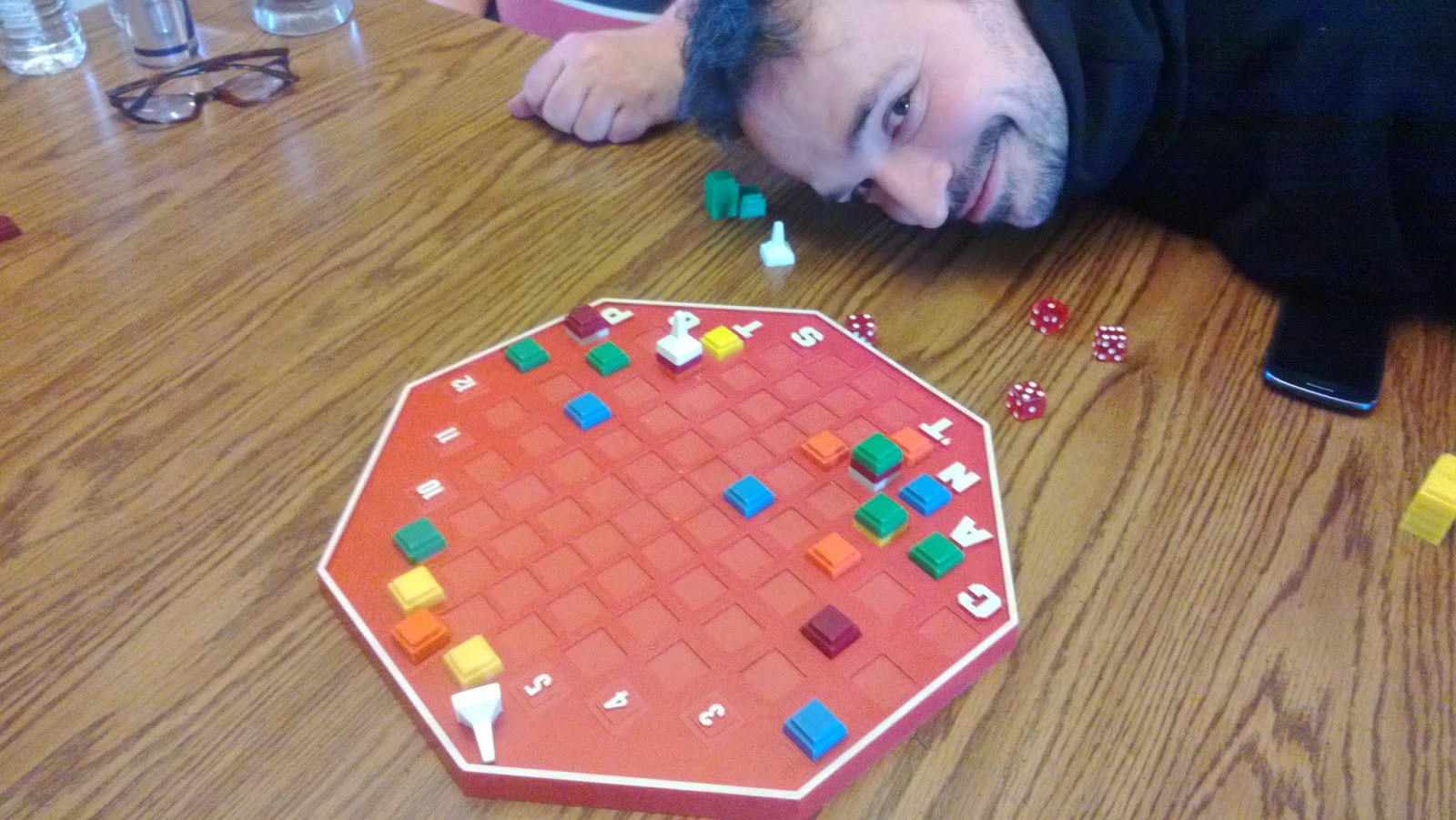