As luck would have it, I have been asked by Brent Cunningham of Wishing Tree Games to join in his irregularly scheduled Pathfinder campaign.  Seems that we will be starting off in the city of Magnimar, though my character is originally from Riddleport.  For Brent's game, I've opted to fashion a Dwarf Cleric, a follower of Torag, who has Earth and Artifice as Domains.  I've gone with Heal and Survival as my main skills and have chosen the Self-Sufficient Feat to enhance them.  My character will have just recently traveled by land to Magnimar by way of Roderic's Cove, down the Fogscar Mountains, to Sandpoint, then finally on to Magnimar. 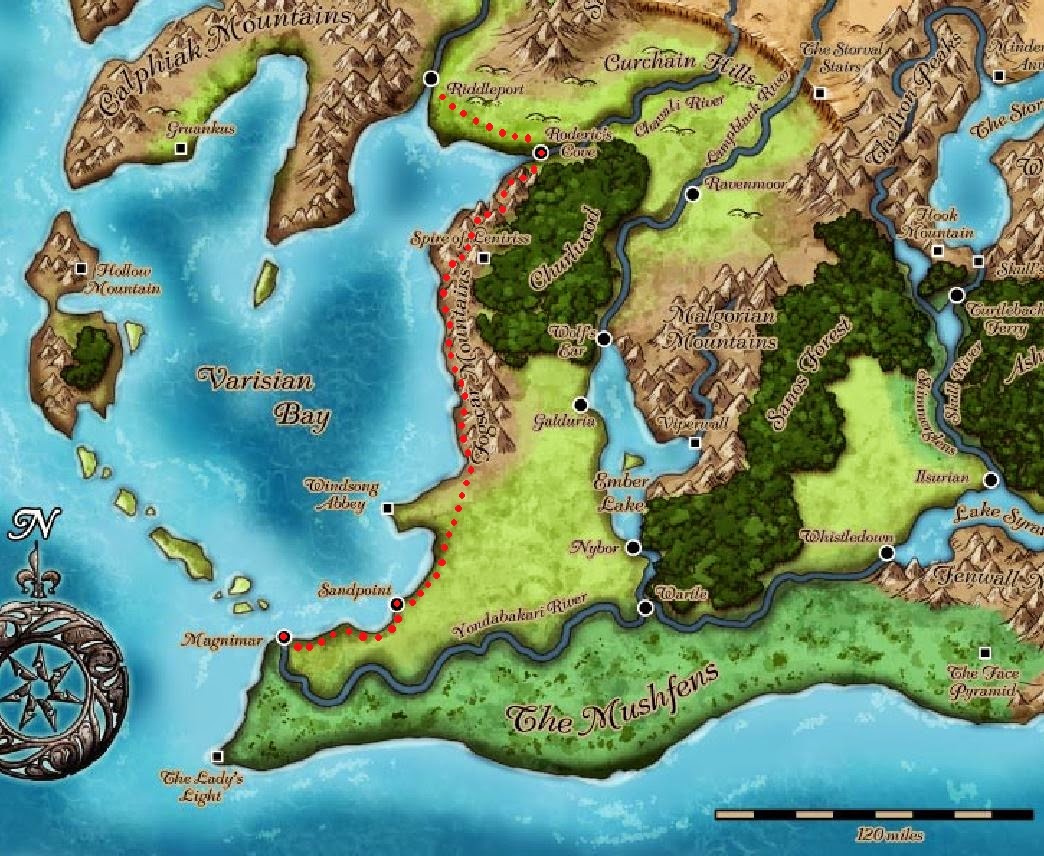 I've also chosen to do something a bit unusual with this character, to make him a zealot in regard to historical knowledge, and be dead wrong.  Knowing a bit about the ancients and Runestones (though not really any more than most laypersons), my character Thoril Sunderstone has taken what little he learned from his father in Riddleport regarding the great arch and the ancient inscriptions they left on it, tied it together with general knowledge of the seven Runestones, and reached the erroneous conclusion that an eighth Runestone existed that used Divine magic rather than Arcane magic.  This is why he has followed a Divine path, picked his two Domains, and seeks more information.  Despite his excess of Wisdom, which serves him well in most other circumstances, he has a HUGE blind spot when it comes to his outrageous Runestones arguments.  No matter the facts, he cannot be convinced he is wrong.  Any information Thoril gains during the course of his PC life regarding Runestones will be twisted to fit his crackpot theory.  He will dismiss any information that does not fit his own conception of "history" and the "facts."  It's likely to get him killed.

Oh, and I've told Brent my Dwarf will be repulsed by most things plant-related.  He hates boat travel and forests.  He fears wooden construction in the form of buildings or bridges, thinking them decidedly unsafe.  He will wear only things made of metal or animal hides or wool, but not anything made from plants directly. He doesn't care for Druids, Elves, and especially not creatures like Ents.  Now that I think about it, it probably isn't the crackpot theory that will kill him so much as his irrational disgust for anything plant-based that isn't meant to be food.  I look forward to playing him.