At the end of April, when the NHL playoffs were just getting underway, two of my favorite things were combined when Elementary (Season 3, Episode 22 - The Best Way Out Is Always Through) had a special guest appearance by Lord Stanley's Cup.  I grew up playing hockey and some of the earliest short stories I read were by Sir Arthur Conan Doyle.  I include this here in the Sunday Funnies because of the smile it gave me when one of my newer favorite shows mixed it up in the corner with my lifelong favorite sport.  If you've got Amazon Prime, you can check out the episode here, which is one of the better stand-alone episodes and (with The Cup) includes one of the more humorous secondary arcs.  For those not previously familiar with the show, this would make for a good introduction.  Since just last night my Blackhawks were in a crucial game seven of their last hurdle, their final-four series before playing for The Cup, I did not know the outcome or if they would be playing for it this year when penning this post. [edit - Blackhawks are indeed playing for the cup this year!] 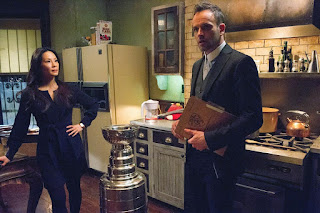 Next up, on the Albert Lopez YouTube channel, there is a recent video mashing up the opening and theme song for Unbreakable Kimmy Schmidt, a hilarious show from the mind of Tiny Fey and starring former late arrival to The Office (2005–2013), Ellie Kemper, along with co-stars Jane Krakowski, Tituss Burgess, and Carol Kane.  The video combines the former with footage and material from Mad Max: Fury Road (2015) to give us "The Unbreakable Furiosa."  Enjoy! 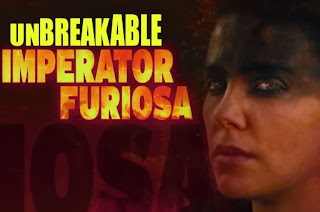 Finally, and don't ask me how I missed this bit of hilarity, but somehow last July came and went without me knowing the majesty that is "Diggy Diggy Hole" from the YOGSCAST Lewis & Simon YouTube channel.  Sokath, his eyes uncovered! 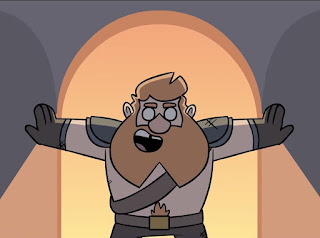