Locally, one of the main events on my radar in February is Second Sunday which falls on February 14th.  It's a gameday at the Lake Geneva Games store.  They are located at 918 S Wells St, Lake Geneva, WI 53147 and their phone number is (262) 885-1515.  The event runs from Noon until 9 pm and is mostly about pickup boardgames though planning particular games privately or on Facebook is certainly encouraged.  Sign up for this event and discuss it further on Facebook here.  If you note the change in name, this is because "First" Sunday would have conflicted with the Superbowl, Gary Con, and the Gaming Hoopla in February, March, and April.  We'll get back to it being First Sunday in May, in all likelihood.  In the meantime, let's get some gaming in. 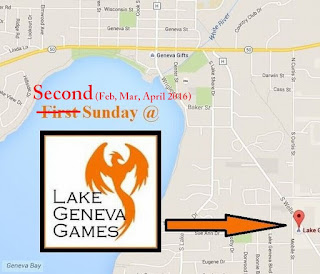 There will also be a Burlington Gameday scheduled for February on the third Saturday, the 20th, with details at the Burlington UCC Game Day group on Facebook here.  It will be held in Burlington, WI at the Plymouth UCC space, taking place from approximately 11 am to 5 pm.  All are welcome!  The third Sunday this month features A Gathering of Gamers on Sunday, February 21st, set up by the South Lakes Area Gamers here.  The event takes place at the Pizza Ranch in Elkhorn, WI, and requires a $12 fee for the all you can eat pizza and fried chicken buffet (salad bar, soft-serve ice cream machine, etc.) plus unlimited soft drinks and coffee from 11 am to 8 pm. 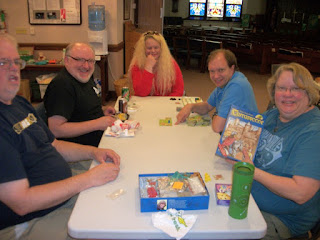 There is still time to get involved in Winter War 43, to be held this weekend, January 29-31, 2016, at the Hawthorn Suites in Champaign, IL.  Winter War is one of the longest running game conventions in the country.  The flyer for Winter War can be downloaded from here.  To get an idea of the scope and type of events that will take place, you can check out last year's program here.  Current event listings are here. 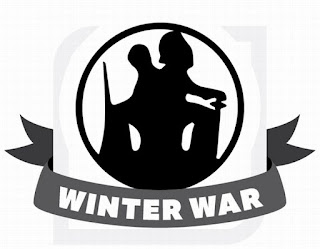 The good folks at casualgamerevolution.com have put together the listings for Tabletop Gaming Conventions 2016 here.  They have 35 listed for February and even more in March and April.  Over 300 for the year so far.  I imagine that list will continue to attract new listings as organizers find out about it.

You can also find a whole list of gaming events all around the country and beyond on Warhorn.net here.  Some of the events include:

Some of this information (and more can be had) is from the excellent lists on upcomingcons.com/gaming-conventions, GameConventionCentral.com, HMGS (the Historical Miniatures Gaming Society), and  as well as many, many gamers on Facebook and Google Plus, to whom I am grateful for the help in this compilation.  Thanks so much and have a great game!