Some surprises, some as expected, but kudos to all the winners of Golden Globes last night.  Just to point out a few things I've seen or mean to make a point of seeing, that others who are also gamers should probably check out if they get the chance.  The full list of winners can be had here on IMDb.com.  Congrats to Wolf Hall (2015), winner of Best Mini-Series or Motion Picture Made for Television, which I enjoyed tremendously and recommend to anyone who is a gamer, but especially for an RPGer.  Lots of intrigue and real history, liberally dramatized, in this series.  If you're a GM, you'll have a thousand ideas before it is done. 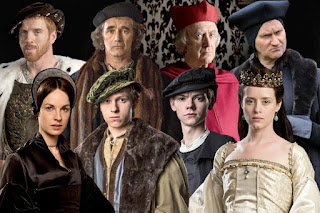 I've yet to see either American Horror Story or Mr. Robot but Lady Gaga won Best Performance by an Actress in a Mini-Series or a Motion Picture Made for Television then Best Television Series - Drama went to Mr. Robot.  I've every intention of binge watching American Horror Story someday and with the fifth season ending this week, I've now got over 50 continuous hours of it to look forward to viewing.  Mr. Robot looks intriguing but might be hitting a bit below my demographic.  We shall see. 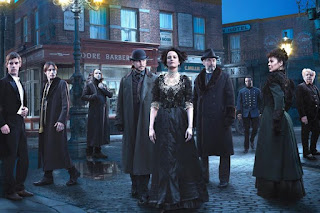 I will note that I was pulling for Penny Dreadful star Eva Green to win, as well as Alicia Vikander for Ex Machina.  I was glad to see Matt Damon win Best Performance by an Actor in a Motion Picture - Musical or Comedy for The Martian and for the film to win for Best Motion Picture - Musical or Comedy (who put it in that category?!) and also happy for Best Original Score - Motion Picture to go to Ennio Morricone (born in 1928!) for The Hateful Eight.  I can't be the only one who was very surprised that Fargo wasn't nominated in a lot more categories and didn't take anything home.  That series has been outstanding from stem to stern since it first came on.  And where was Mr. Holmes?  Whither The Blacklist?  Why so little love for Game of Thrones?  Of course, Mad Max: Fury Road didn't win anything, though I wish it had, but look what it was up against.  Finally, I'm also very much looking forward to seeing The Revenant which took home top honors for Best Performance by an Actor in a Motion Picture - Drama as well as Best Motion Picture - Drama. 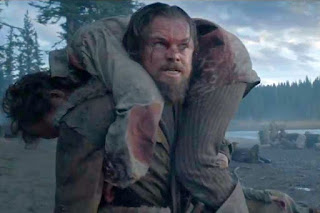