Great fun was had at the 30th EN World Chicago Gameday!  I ran two slots.  I ran a basic version of Surcoat the Medieval Fantasy Combat Miniatures Game in slot one and Griffins & Grottos the Medieval Fantasy Wargame and Roleplaying Systems in slot two.
I also was able to wrangle some prize support including print copies of LURCH! The Zombie Chess Game which I had produced especially for the occasion.  I have some additional print copies that I should make available on eBay for those who might like them.

Here are some photos of the turnout . . . 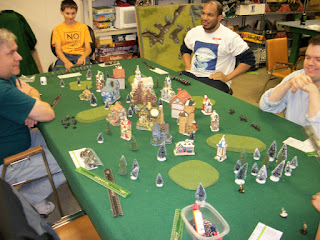 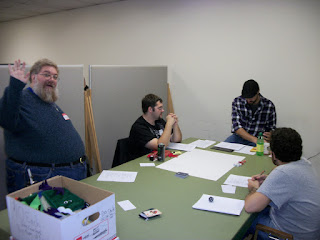 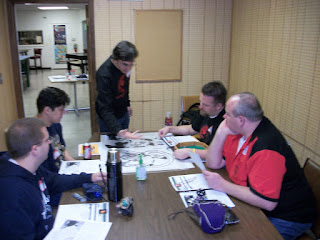 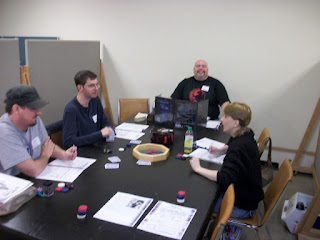 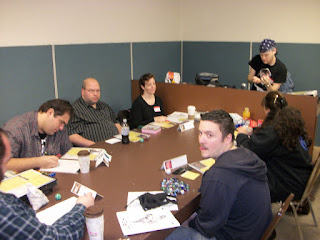 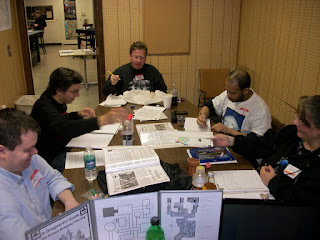 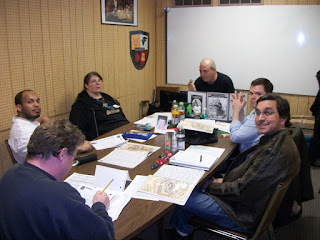 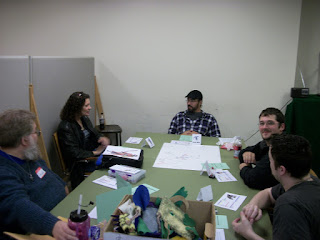 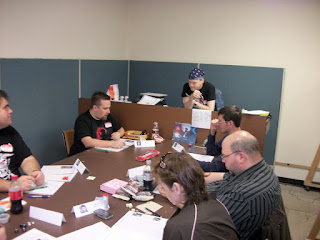 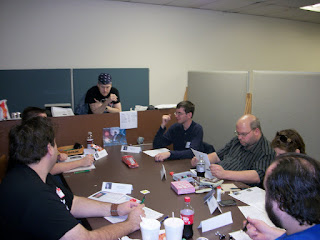 It looks like everyone had a great time. :) I will post later today about the incredible Lurch booklets that arrived yesterday. Amazing! Thank you!

I was there at the end of the day just to pick up my auction winnings and assorted returns from said auction. Looks like a good time was had by many.

You'll have to make the next one, Joe. And, Christian, you need to make it to the Midwest one of these days, too.