Zombie Games (and More) @ Games Plus

Played a couple of zombie games at Games Plus last night, the first was a variation of Maul of America (1998) with a three game masters and fifteen players, each with their own character trying to raid a mall circa 2000.  The idea was to get in, grab four items (some useful, some just junk) and get out and back on our armored buses before the zombies ate us alive.  The mall was constructed to 25mm scale out of foamcore board and was properly accoutred with blood stains from previous unsuccessful or semi-successful raiding parties.  I lasted quite some time before a Glutton Zombie chewed me up.  About half of us got back out alive and only some survivors had anything to show for it.  Thanks to Sam, Vic, and Greg for running things so well.  Great fun! 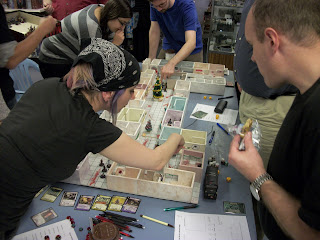 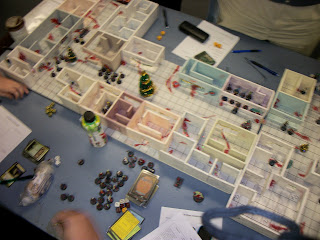 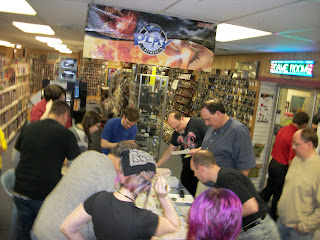 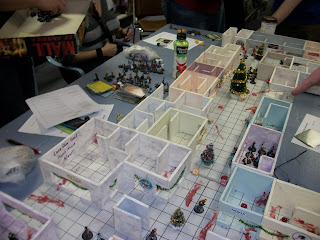 The second zombie game used rules from All Things Zombie: Better Dead Than Zed! (2009) utilized the excellent WorldWerks 3D terrain.  Three of us attempted to cross a section of a city to get into the abadoned police station and escape via a helicopter on the roof.  When did so in stealth mode since firing weapons would attract more zombies to our section of the city.  We managed to evade most walking dead and got out with our whole group.  Thanks to Ken for running this scenario! 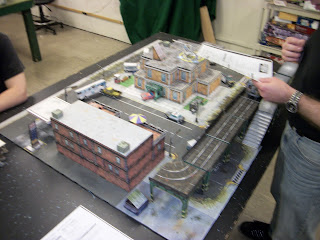 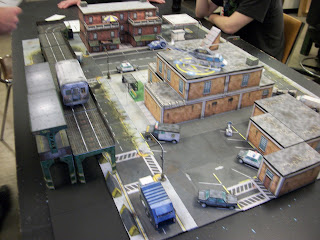 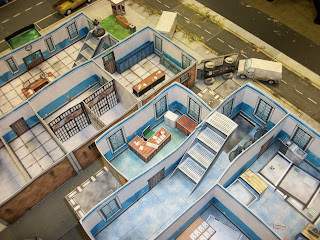 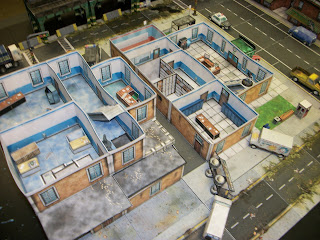