I first became aware of Sergio Aragonés through the pages of Mad Magazine.  He's a hard-working cartoonist who has been at it for more than half a century and is known as the world's fastest cartoonist. 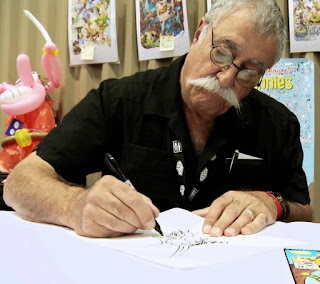 He's even been going to conventions and helping them become popular for nearly that long.  Here's a look at a 1972 Comic Art Convention from his perspective But I think many gamers will likely be aware of his comic characters from Groo the Wanderer, a humorous take on Conan the Barbarian and other pulp Sword & Sorcery characters since the early 1980s. 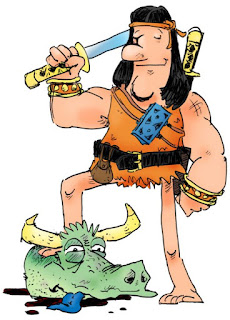