By now you will probably have heard that the Netflix series Stranger Things doesn't simply makes a passing reference to Dungeons & Dragons but rather makes the game integral to the plot of the eight episode arc.  I've added three videos to the end of this post, the first two being trailers but the third being the first eight minutes of episode one which gives some idea of the tone of the series as well as how important D&D is to the story.  As you'll be able to tell, the series is set in the 1980s (with some admitted anachronisms) and hits some notes akin to E.T., The Goonies, and X-Files.  It is well-cast, well- acted, and well-written all the way from start to finish.  This will be one for the video collections of any gamer, young or old. 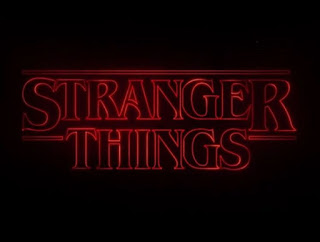 Also, on birthmoviesdeath.com, you can get a more in-depth understanding of the quality of this series from Scott Wampler by reading his article titled "Drop What You’re Doing And Watch STRANGER THINGS On Netflix Right Now" here.  He does a good job avoiding spoilers but steer clear of the comments section to be sure nothing is ruined if you have yet to watch the series.  After you have watched it, check out the polygon.com article "The real star of Stranger Things is Dungeons & Dragons" here.  You'll already know this but it's a good read anyway. 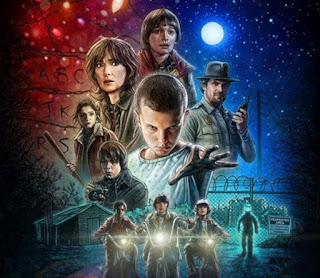 Finally, jump over to roebeast.blogspot.com for an interview with miniatures sculpture John Dennett.  He's the fella who sculpted the original Demogorgon from the Fantasy Lords line of Grenadier Miniatures in 1984.  The monster is referenced in the series beyond the early appearance of the miniature but the first showing of the figure makes a lasting impression.  The interview is here and John Dennett's own website, where he still shares his work today, is here.