It was a good week for the LGG lunchtime gaming bunch.  After Gary Con, we took another week off due to some scheduling conflicts and health issues but we were back it at early this week with a game of Yokohama.  I hadn't played this in a while and failed to do much more than trigger the end game and snag the Dutch ambassador chit while Tom and Brad built solid engines.  Disaster! 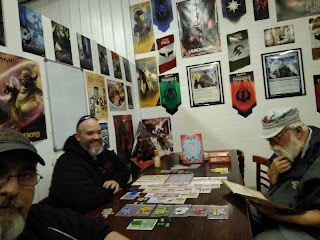 Late in the week, we managed to get four of the regulars together and were joined by Neil.  We started off with a couple of games of Skull then on to a game Love Letter Premium.  Good times! 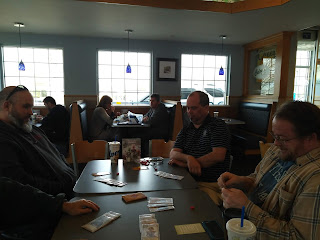 Neil in the house!

In fact, we played two games of Love Letter Premium because Mark got to four tokens in four rounds with only Brad snagging a token in answer, a decidedly quick game! 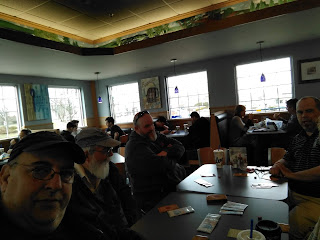