I was fortunate enough last weekend to attend a demo session for the upcoming Catalyst Game Labs' Leviathans.  Set in an alternate historical turn of the 19th/20th Century era where a late Victorian Age scientist-genius has "isolated an electrical fluid with remarkable lifting capabilities. A single, pivotal event that would change the world."  Now fleets of armored airships vie for control of the skies!

It's a well organized board game with some nifty model ships and easy to learn rules for movement and combat.  It was first demonstrated at Gencon Indy and is due out before the end of the year so keep an eye out for this beautifully crafted game.  Having seen the trailers for the upcoming Musketeers movie, I'm already envisioning a tabletop campaign that combines RPGing with a late renaissance swachbuckling system combined with a slightly altered version of Leviathans to account for the earlier era (albeit more primative) alt-history airships like I have seen depisted for the film.  Bravo, Catalyst! 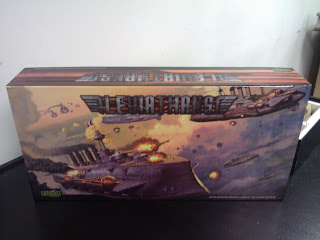 It's a beautiful game starting with the cover illustration
that really captures the combative nature of the action! 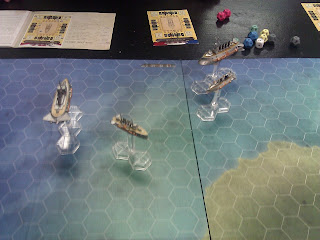 The playing board is simple and the multi-hexagonal bases
work well to keep momement simple but challenging. 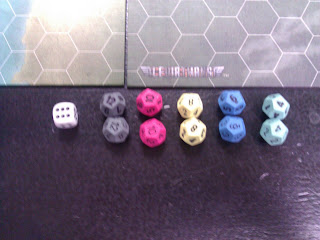 The six-sider acts as a control die while the various 12-siders,
some only going to 4, or 6, or 8 or 10, create some excellent bell-curved outcomes. 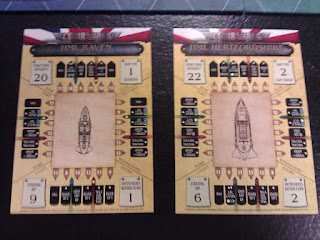 Much of the artwork is beutifully rendered by the recently deceased and much revered artist, Doug Chaffee, whose work is so familiar to fans of Magic the Gathering and Battletech.
Posted by Mark CMG Clover at 7:30 AM