One game that has been played recently in local circles that was quickly analyzed and found too simple even for a fast game is Don't Go to Jail AKA Monopoly Express (1991).  It's a dice game with all too predictable and outcome, which seems a counter-intuitive statement but holds true.  Obviously, it is an attempt to spin off from the long-popular game Monopoly but aside from some window dressing really has nothing to do with that game. 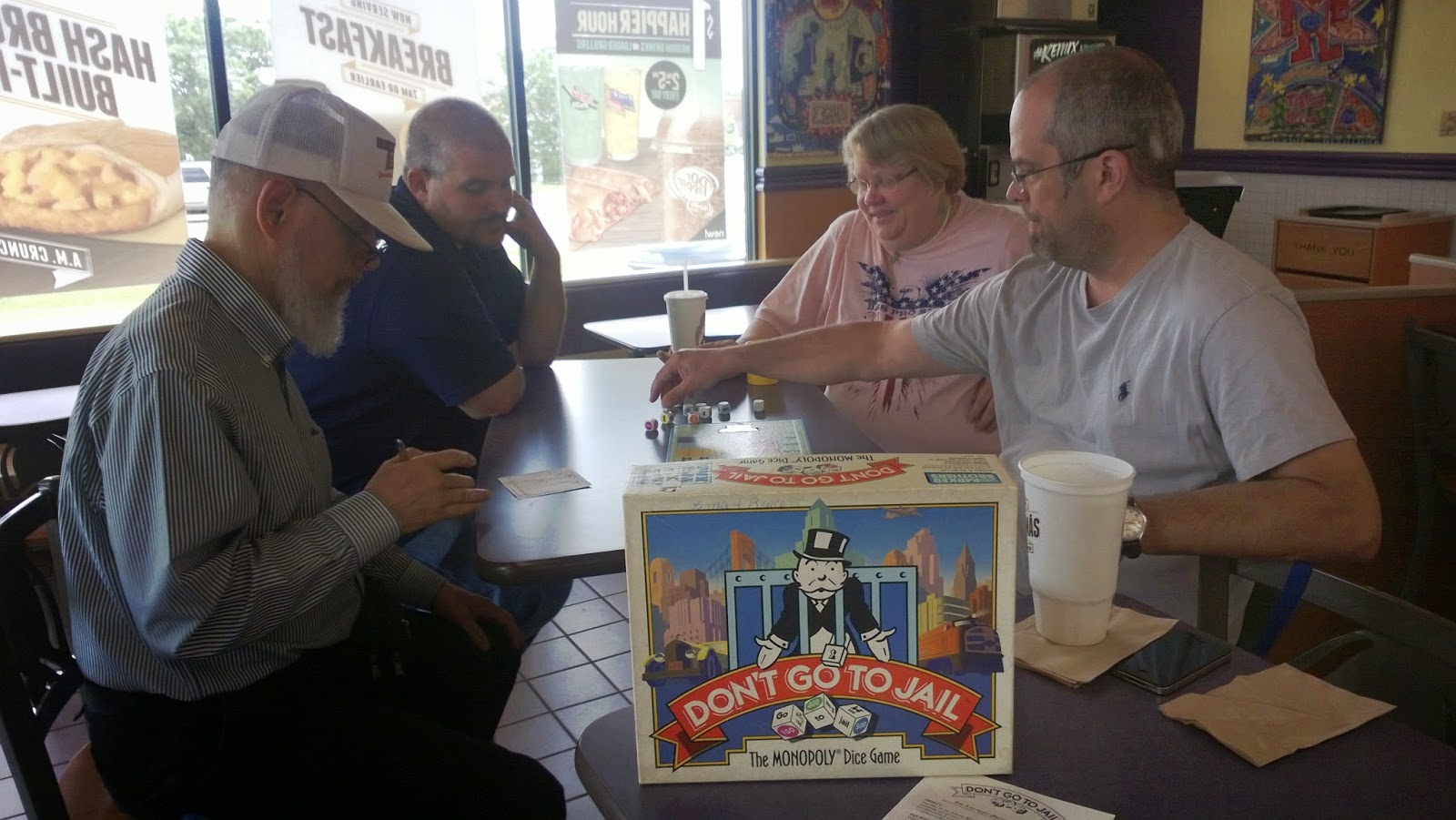 The dice are set up in such a way that there is little reason not to go for a top score for each round and thus it becomes a game where everyone in, let's say, a 3-5 player, 10K point game gets three. four, or (rarely) five attempts to make it.  Because there is a rule that makes sure everyone gets an equal number of attempts, going for a less than optimal score is ill-advised.  If you see this game at a thrift store and you happen to be a collector of unusual dice, maybe grab it for fifty cents or a buck, but otherwise give this game a pass. 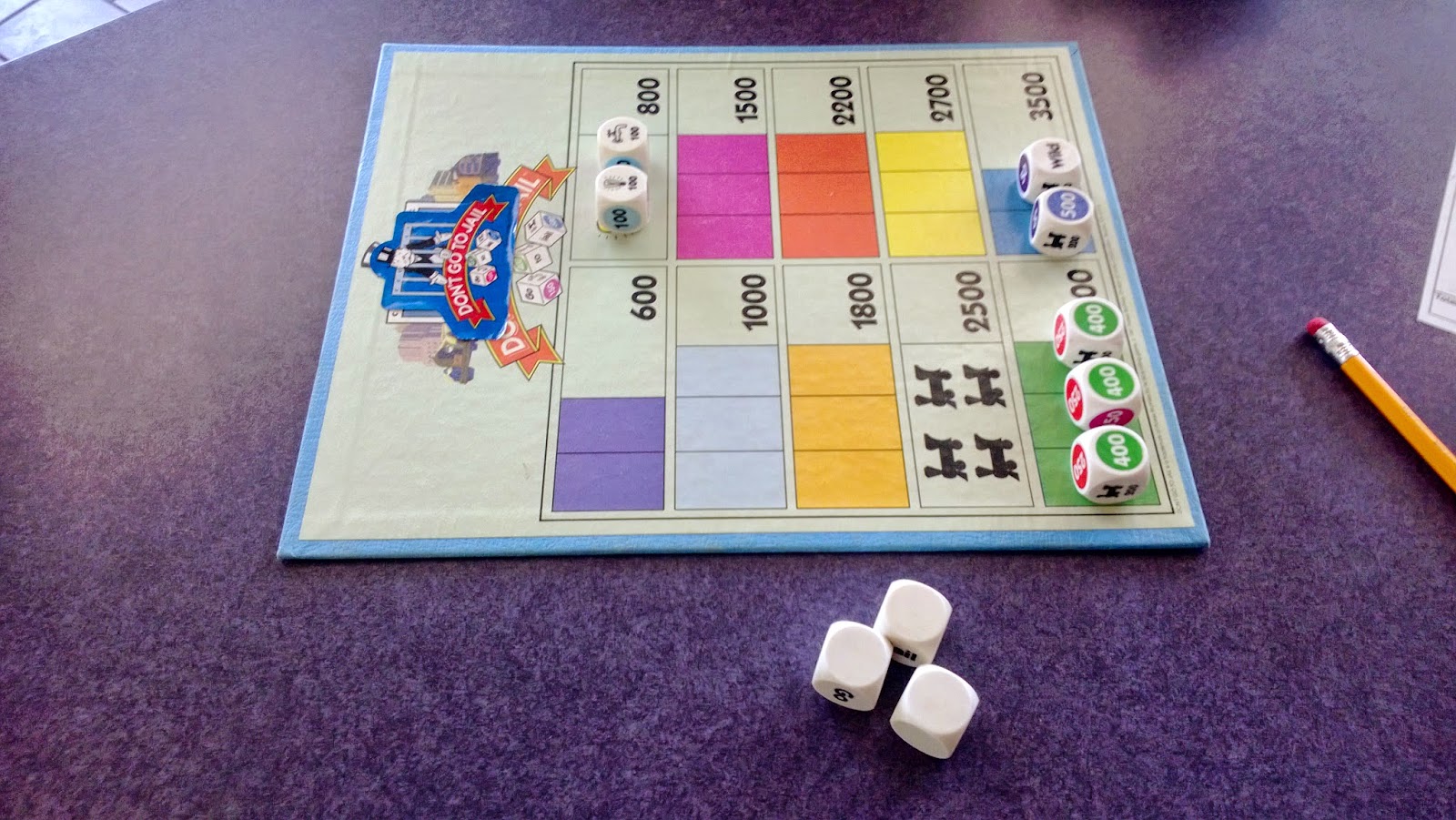 Essentially, the best score you can get in a round is 7,300