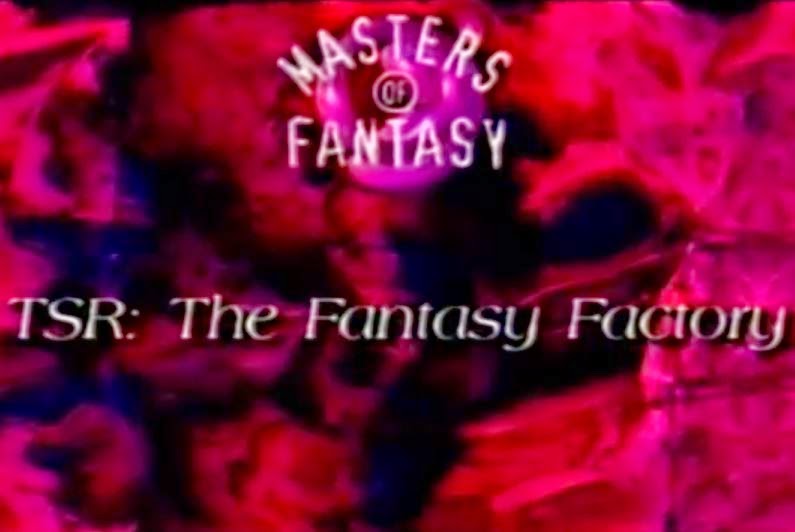 I had forgotten that there was a video version on YouTube of "Masters of Fantasy - TSR: The Fantasy Factory," a documentary of TSR, Inc. produced in 1997, until Zachary Houghton shared it again on Google Plus yesterday, so I thought I would blog about it here on Throwback Thursday.  Watch, if you like, and I'll add some comments below the video.

It's a pretty good quality reproduction of the original video.  It's from 1997, as mentioned, so there are a fair number of ponytails and mullets on employees of the day.  They mention (around the 22 minute mark), that the D&D "became a huge hit and, along with the updated Advanced Dungeons & Dragons, has sold more than fifteen million units."  This surprised me.  I had thought it had been quite a bit more by 1997 but I suppose they must have gotten the figure from the source.  Of course, TSR had many, many other titles and supplements, so this isn't indicative of their total sales by any means. 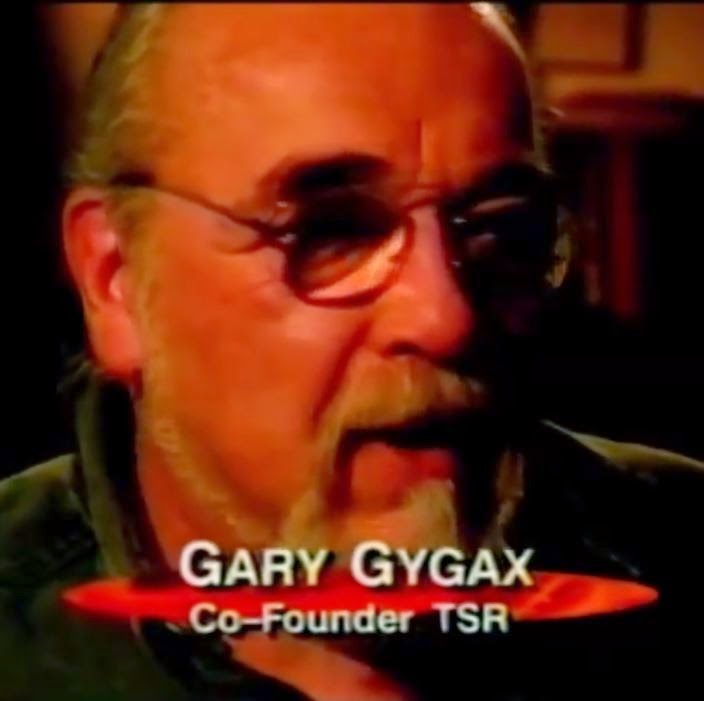 I very much enjoyed seeing the decade and a half old versions of some of the TSR folks I met over the years.  Seeing a very animated Gary Gygax was a real treat.  He is missed by all, especially those who attend Gary Con each year to honor his memory by rolling some dice and share gaming stories.  It was also fun to see a bearded Harold Johnson, one of the progenitors of the new Nexus Game Fair that took place in Milwaukee about a month ago.  It's great to have so much gaming going on in Southern Wisconsin.  Besides those two conventions, a third is coming up this November in Madison called GameHole Con. 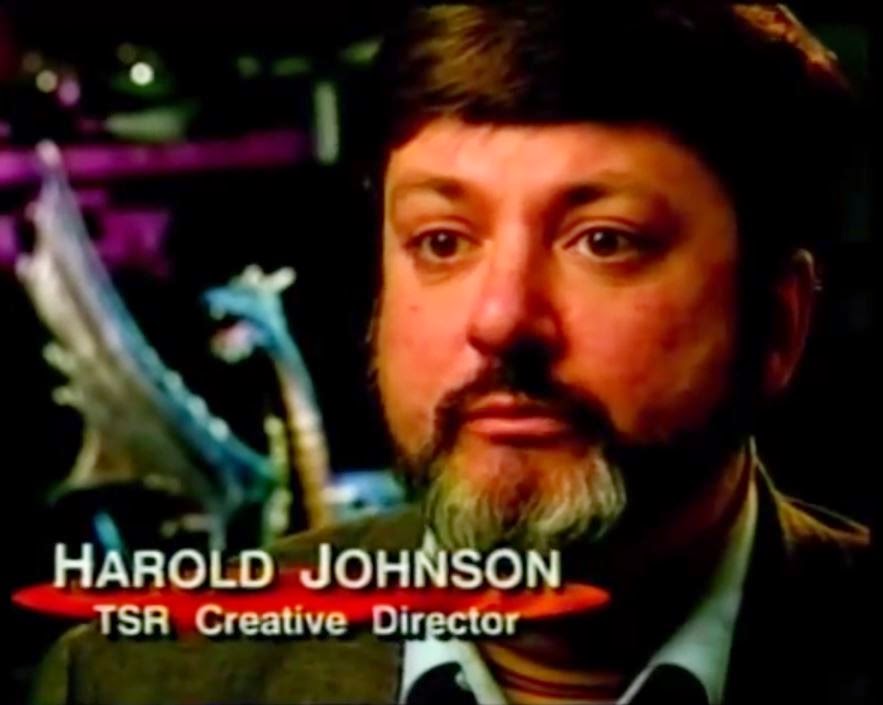 Steve Winter also gets some face time, poignantly expressing how much fantasy played a roll for many employees of TSR before they were even working with the industry giant. 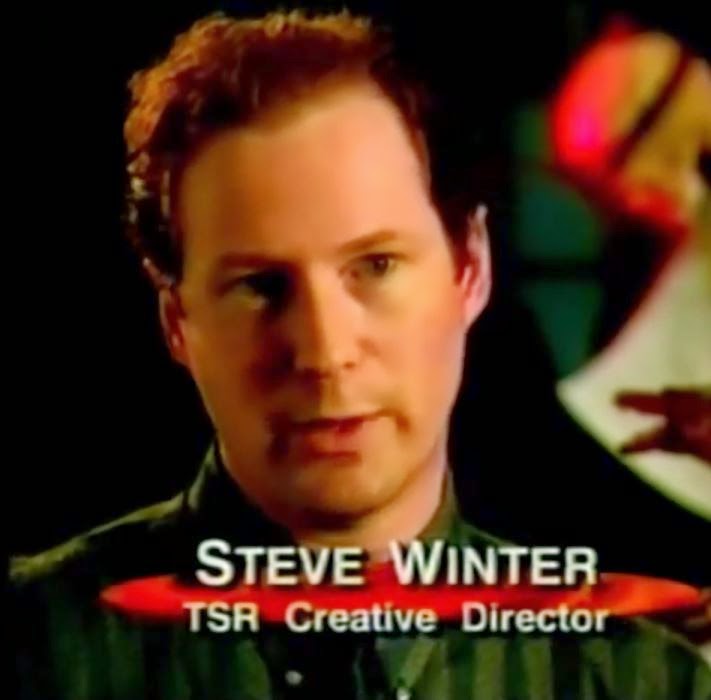 The whole program was part of the Masters of Fantasy series being produced by the Sci-Fi Channel in its early years, and it's great they included TSR as a part of it.  I enjoyed my walk down memory lane and I hope you have, or will, too, this Throwback Thursday. 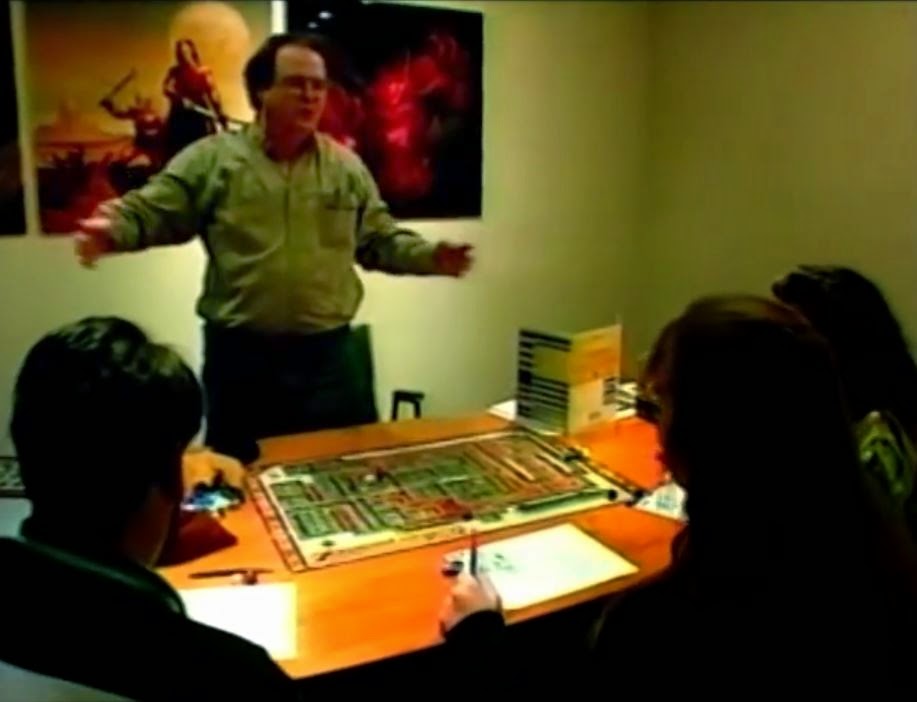 Maybe you should get a little RPGing or wargaming in this weekend? 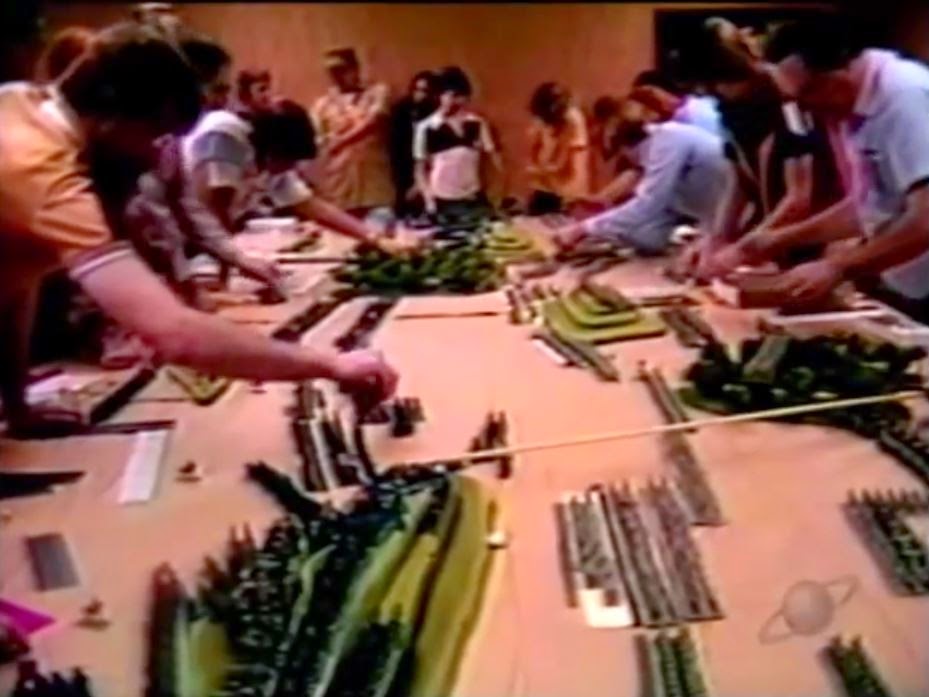