This is another tough one for a mostly-DM who has been playing as well for 40+ years.  I often consider what to play the next time I sit in on a one-shot at a convention but seldom press for an early choice when pregens are offered at the table since I know lots of people have their favorites and I really don't mind playing just about anything.  However, something I have yet to play that I always wanted to play, requires a certain kind of DM.  I'm alluding to the Gnome Illusionist, or any illusionist actually.  In many campaigns, illusions are set aside with a die roll, or when someone shouts, "I disbelieve," both of which would make having such a player character a bit of a let down.  Not that I would be playing against other players at the table, but for spells to be hand waved away whenever they are cast would surely limit the effectiveness and fun. 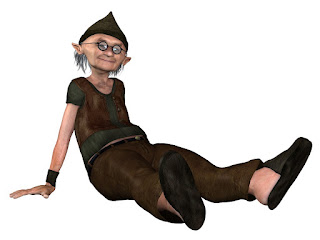 Nevertheless, under the right conditions, I would love to jump feet first into playing an illusionist.  I'm picturing the many ways I could add nuance to the various spells, regardless of edition, little extra touches.  Often I would base the details on the circumstances in which my caster finds himself but I think some "signature moves" might also be in order.  There'd be particularly vibrant colors to the clothing of people conjured in the illusions and the teeth on monsters would be dripping with saliva and maybe blood.  Once he was accomplished enough to add sights and sounds, and even smells, the disgusting things I could include would make a DM cry for mercy. 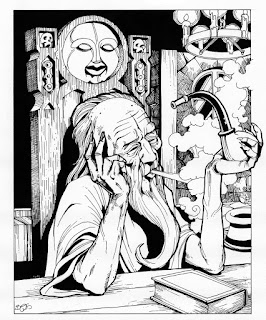 Of course, the chance to play one with such panache is probably a long shot.  Maybe someone reading this has an opening at an upcoming convention table near me?  If so, let me know.  It will be memorable, to say the least.