I don't like Tieflings.  I don't like their name.  I don't like their concept.  I don't like their very soul.  Okay, that is way over the top.  Truth is, I don't care for them for my own games but don't give a monkey's butt if someone else uses them in their setting.  "Least Favorite Monster" doesn't mean I have to hate my choice.  It merely has to rank lowest if I were to stack up all of the monsters.  If you look at my monster stack, that arm sticking out of the bottom and grasping for a lifeline is a Tiefling. 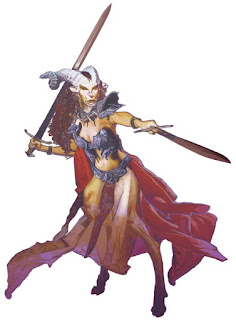 So, why are Tieflings something that ranks low for me?  I don't use them.  I don't generally use planes, except insofar as planes being places where some DM-run creatures reside or have their origins.  But those places are utterly and bizarrely foreign to PCs and civilized NPCs in my setting, those that have even heard of such places.  When I have used planes, it has been more like a twilight zone episode where one or more characters have passed through a portal and did everything they could to simply cross back over for fear of being forever trapped upon the other side, this when they've been lucky enough to wind up on a plane where survival was even possible (air to breathe, temperature not causing someone to burst immediately into flames, etc.).  For my settings, they aren't simply travel destinations or new frontiers for exploration, they are whole other alien worlds of mystery far beyond the understanding of mortal, terrestrial beings.  So, having a PC race with a background as being from another plane makes Tieflings a non-starter for me.  No offence, Wolfie. 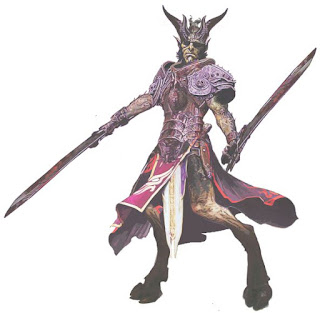