They just keep coming.  They're more than a pile of bones.  They don't poison or paralyze.  They don't charm or seduce you.  They just keep coming so they can eat you.  I love the Zombie.  A lot of folks have had their fill of Zombies with television shows and movies being so prevalent but I have found that even those folks, when at the game table, get a bit of a shiver when the streaming horde or relentless corpses coming walking toward them, slavering and chomping in the air, hoping for a mouthful of adventurer. 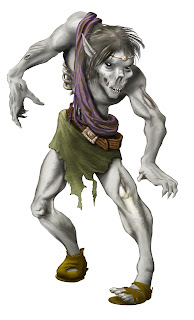 In fact, I love Zombies so much, I had to write a board game in which I could use them that I called Lurch! The Zombie Chess Game.  It's base game is like Chess but it has over two dozens options and expansions that can be mixed and matched to make a ton of personalized play experiences.  It's available here. 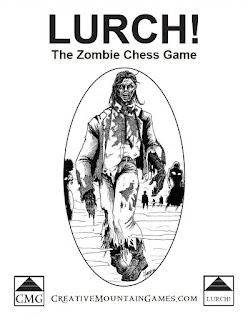